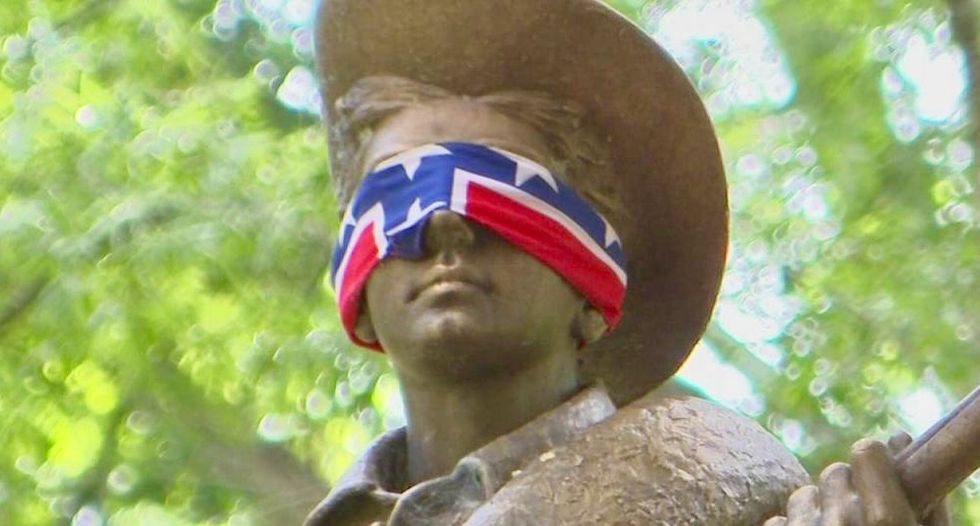 The pedestal for a Confederate monument called Silent Sam that has been a flashpoint for demonstrations at a North Carolina university will be removed, the school’s president said on Monday, nearly five months after protesters toppled the statue.

The plan to remove the statue’s base and commemorative plaques was outlined by University of North Carolina at Chapel Hill chancellor Carol Folt, in a statement that also said she would resign after this academic year’s graduation ceremonies.

“The base and tablets will be preserved until their future is decided,” Folt said in a statement.

The effort to eliminate Confederate monuments gained momentum in the United States after avowed white supremacist Dylann Roof in 2015 murdered nine black people at a church in Charleston, South Carolina. The rampage ultimately led to the removal of a Confederate flag from the statehouse in Columbia.

Silent Sam was erected in 1913 to honor soldiers of the pro-slavery Confederacy killed during the U.S. Civil War. Protesters used ropes to pull down the statue on Aug. 20.

Opponents of Confederate monuments say they glorify the South’s legacy of slavery and racism. Supporters view the memorials as emblems of American history.

Some University of North Carolina students celebrated the plan to take away the pedestal and plaques on Monday, according to Raleigh television station WTVD.

Folt announced her resignation on the same day University of North Carolina’s board of governors was meeting in closed session to discuss leadership issues at her Chapel Hill campus, board chairman Harry Smith said in a statement.

The board was not advised of Folt’s plan to remove the pedestal and plaques and was disappointed by her action, Smith said, and he added, “It lacks transparency and it undermines and insults the board’s goal to operate with class and dignity.”

Folt, in her statement, acknowledged the decision to remove the objects could upset some people, but said her goal was to preserve public safety and “begin the healing process.”

In December, officials at Chapel Hill, which is the flagship campus for the University of North Carolina system, recommended that Silent Sam be relocated to a more than $5 million facility to house historical artifacts.

But the University of North Carolina board of governors rejected the plan.