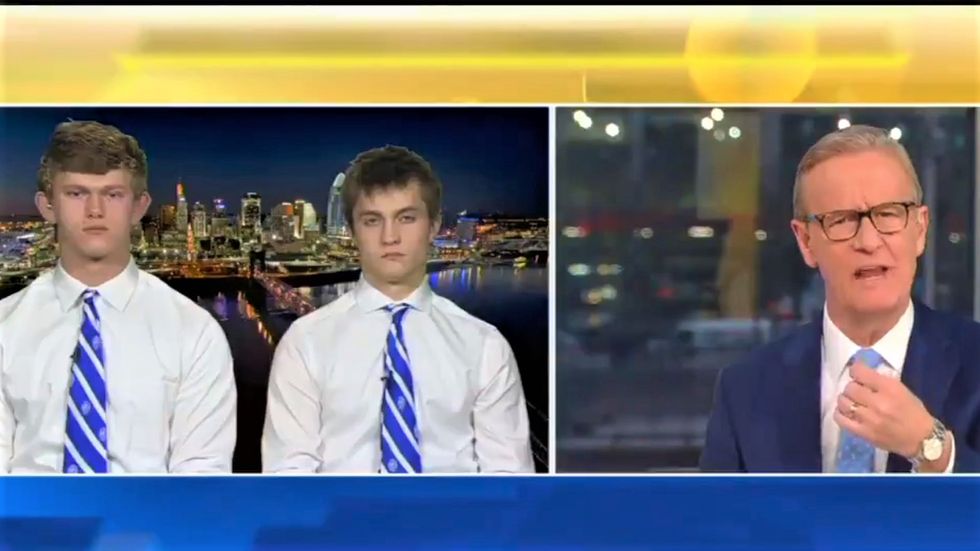 Two students from Covington Catholic High School appeared on "Fox & Friends" on Wednesday to defend their school's reputation -- and even went so far as to say it was OK for past students to have worn what appeared to be blackface makeup at sporting events.

During the interview, host Steve Doocy asked the students about photographs showing some Covington students wearing black make-up during a basketball game against a rival team that included some black players. The students at the game were encouraged to dress in black as part of a "black-out" event.

"How do you explain that?" Doocy asked the students.

"I'd just explain it as showing our school spirit," student Sam Schroder replied. "We had many themes, like nerd, business, white-out, blue-out, black-out, as you've seen in the video."

Schroeder admitted that ever since he started attending the school, students have since been barred from wearing blackface after video of the students in the makeup went public.

"But I know the kids meant nothing by it," he insisted. "It's just showing school spirit."

Steve Doocy asks a CovCath kid about others wearing blackface at basketball games, and he says since he’s been ther… https://t.co/GcsGRCfGTs
— Bobby Lewis (@Bobby Lewis)1548248122.0