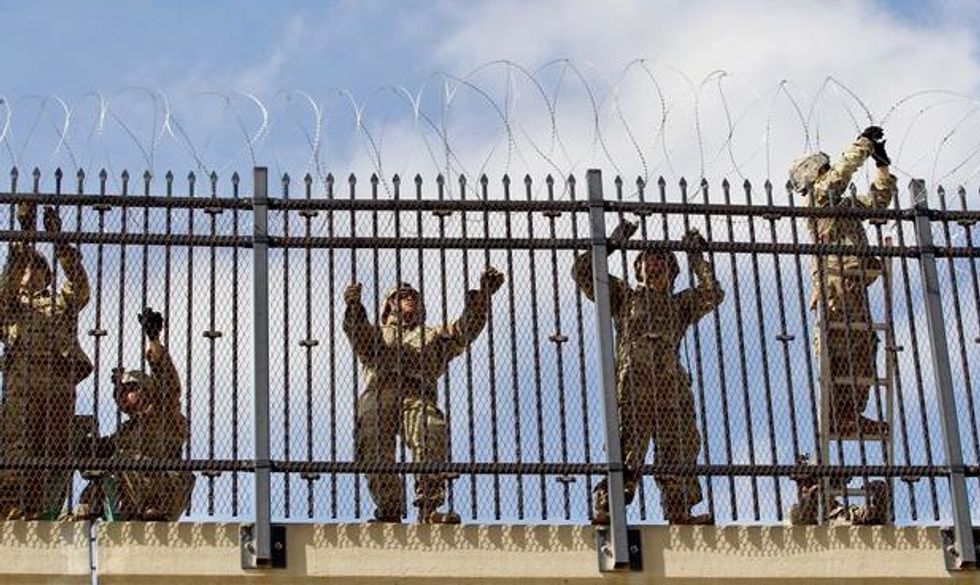 As the Pentagon weighs new troop deployments to the U.S.-Mexico border, Democrats in Congress are poised to usher in unprecedented scrutiny of a politically charged mission championed by Republican President Donald Trump.

Democratic Representative Adam Smith, the new chairman of the House Armed Services Committee, will hold a hearing on Tuesday with Pentagon officials he hopes will shed light on the costs, scope and goals of a deployment that critics have derided as a political stunt.

U.S. officials told Reuters the border deployment, which has fluctuated in size over the past three months, could grow again by as many as 2,000 or more troops.

Smith is skeptical about sending U.S. troops to deal with a crisis he believes would be better handled by judges. He told Reuters his committee may consider future funding restrictions for such missions.

“It’s undeniable that we have a significant increase in asylum seekers,” Smith said.

“But that’s not so much a job for the military as it is: we need more judges. We need to process them (the asylum seekers) more quickly,” he said.

Smith will receive testimony on Tuesday morning from John Rood, under secretary of defense for policy, and Vice Admiral Michael Gilday, the director of operations at the Joint Staff.

It is the first oversight hearing by the committee since Democrats took over the majority of the House of Representatives this month, a sign of the issue’s importance.

The Pentagon first approved the high-profile deployment of active duty U.S. troops to the Mexico border in October, ahead of U.S. midterm congressional elections. It was embraced by Trump’s supporters, including Republicans in Congress.

However, critics assailed the deployment as a political stunt to drive Republican voters to the polls and scoffed at Trump’s comparisons of caravans of Central American migrants, including women and children, to an “invasion.”

There are now about 2,350 active duty U.S. troops involved in the U.S. border mission. Although the figure is down from a peak of about 5,900 in November, it has expanded in scope from basic missions such as stringing concertina wire.

The Pentagon confirmed earlier in January that U.S. forces had provided medical support to 80 migrants.

A new request by the Department of Homeland Security for additional U.S. military support approved by the Pentagon earlier this month could require a fresh increase in troops, officials said. Smith said he had not been briefed by the Pentagon yet on potential new troop deployments.

He said public scrutiny was one of the best tools available to his committee to influence Trump’s decisions, given that the Senate is still controlled by Republicans and that Trump won’t want to sign legislation unfavorable to his agenda.

“What we can do is try to shine a light on it, to make the case that this is a bad idea, drum up public pressure so the president will stop doing these things,” Smith said.

For example, Smith said he wants to know what Pentagon funds might be used if Trump makes good on his threat to declare a national emergency in order to build a wall along the U.S.-Mexico border.

He suggested his committee would also consider ways to introduce restrictions in next year’s budget legislation.

“That will be one of the chief things that my committee tries to do, is to put into the NDAA (National Defense Authorization Act) strict restrictions on how money can be used,” Smith said.