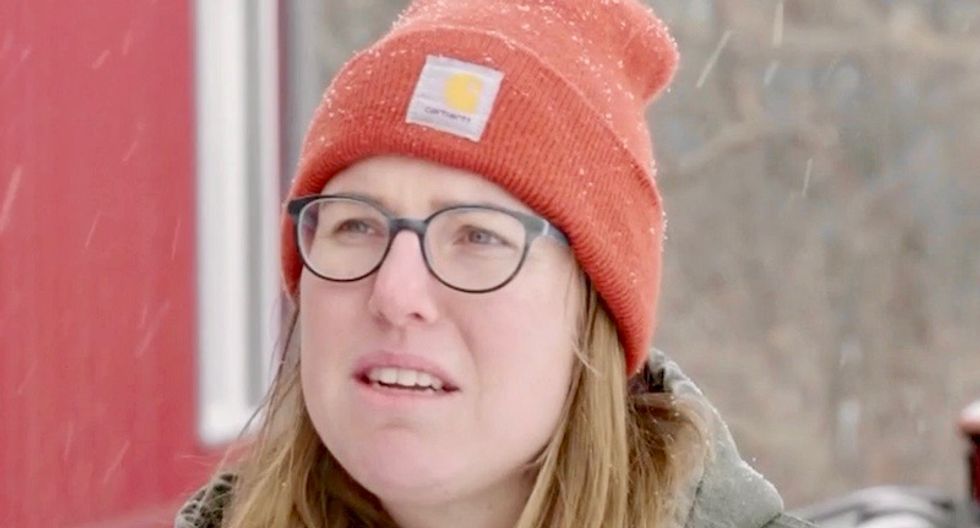 An Iowa farmer talks to CNN/Screenshot

Farmers in Iowa have been hit hard by President Donald Trump's trade war with China and the government shutdown, but continue to support Trump, much to the chagrin of their neighbors.

A CNN reporter traveled to Montecillo, Iowa where soybean prices have plummeted because of the trade war with China, but where farmers are getting free-flowing subsidies to offset their losses with $12 billion in American tax dollars.

The farmers he talked to support Trump, while their neighbors are aghast.

Farmers are able to subsist on their generous handouts, but are not able to invest in infrastructure on their farms with banks refusing to loan money.

They also can't get data they need from the Department of Agriculture because of the shutdown.

Despite this, Dave Walton, a soybean farmer, "refused" to criticize Trump, who flipped the state from blue to red with the help of people like him.

"He campaigned on a lot of the things he's doing right now and he's doing it," Walton said.

"Until he's out of office I don't think you'll hear them say anything bad about him," he said. "They're just gonna say 'This is going to be good for us in the long run.'"

Not everyone has been swayed, though. Others in the town, which now has a Democratic Congressman, said they are shocked by how the farmers are acting.

An elderly rural Iowa resident named Mel Manternach said it's "unbelievable that the farmers of Iowa continue to support Trump."

"I can't believe that they're that blind," he said. "Some of the die-hards are dying harder."