‘You don’t lay a glove on Donald Trump’: Nicolle Wallace took her friend Chris Christie to task for new book 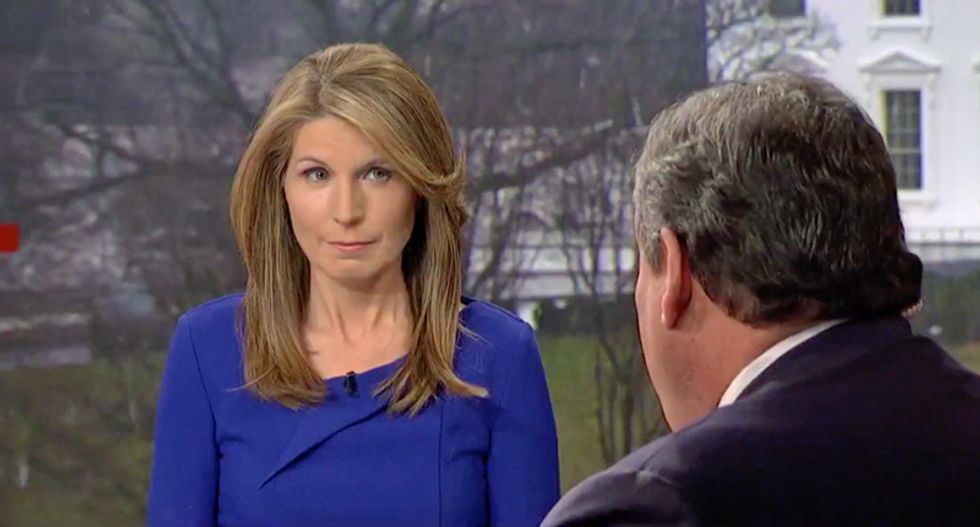 Wallace was a GOP political strategist prior to her career in journalism and has known Christie for years. Both were appointed to prominent roles in the George W. Bush administration.

Christie is the author of the new book Let Me Finish: Trump, the Kushners, Bannon, New Jersey, and the Power of In-Your-Face Politics about his time on the Trump campaign and leading the transition.

Christie claimed it is an "honest book."

"So let me be honest," Nicolle told her friend. "You savaged Jared Kushner -- and he deserves it. But you don't lay a glove on Donald Trump, who empowered and empowers Jared Kushner today."

"I do what a lot of other books don't do, I point out his strengths," he argued. "I know him in a way other people don't know him, because I've known him for 17 years so I had a lot of personal time with him where I've gotten to see him as a father, and talk to him about fatherhood. I put that in the book."

"I talk about, you know, his sense of humor and the fun that we had, myself, Mary Pat, he and Melania, socializing together over the last 15 years," Christie argued.

"You were right about Jared Kushner," Wallace added.