On eve of MLK Day, Pence says Trump is like Martin Luther King Jr. for 'inspiring us' with a border wall 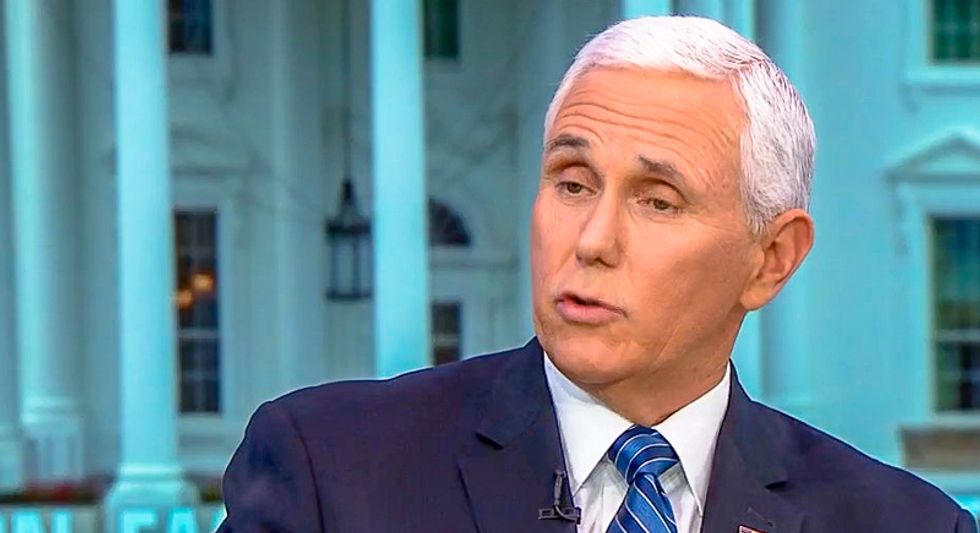 Pence complained during the Sunday interview with Margaret Brennan that House Speaker Nancy Pelosi (D-CA) has said that Democrats will not fund Trump's border wall even if the president agrees to reopen the government.

"So what the president has directed us to do is to reach out with rank-and-file Democrats in the House and in the Senate," Pence explained. "What the president presented yesterday really is an effort to bring together ideas from both political parties. I think it is an act of statesmanship on the president's part."

According to Pence, Trump's actions during the government shutdown could be compared with King, who America will celebrate during a day of remembrance on Monday.

"And honestly," he opined, "the hearts and minds of the American people are thinking a lot today about [this] being the weekend we remember the life and work of the Rev. Dr. Martin Luther King Jr."

"One of my favorite quotes from Dr. King was, 'Now is the time to make real the promises of Democracy,'" Pence continued. "You think of how he changed America, he inspired us to change through the legislative process, to become a more perfect union. That's exactly what President Trump is calling on the Congress to do, come to the table in a spirit of good faith."