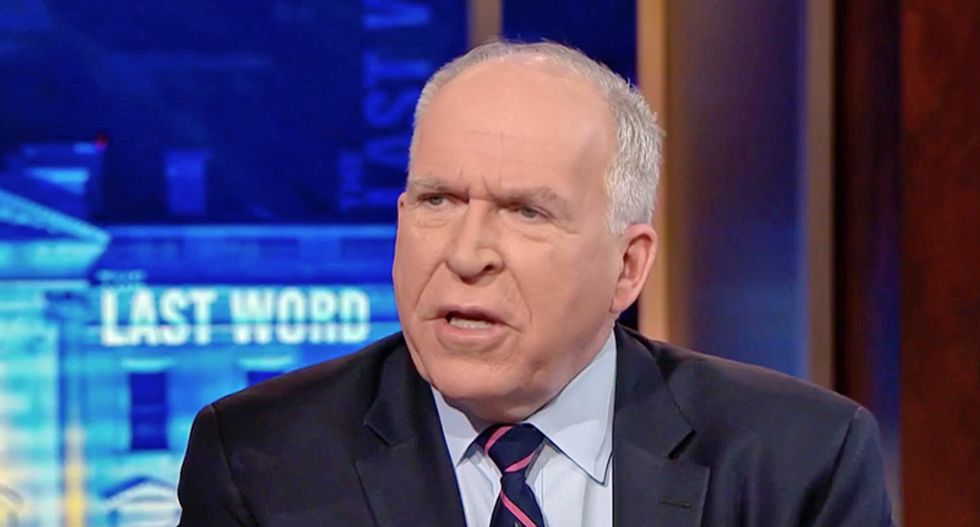 Brennan was in charge of the spy agency during the 2016 presidential election.

O'Donnell asked him about a weekend tweet blasting President Donald Trump and his advisors.

O'Donnell asked Brennan about a tweet by Speaker Nancy Pelosi, wondering what Russian President Vladimir Putin may "have" on Trump.

What does Putin have on @realDonaldTrump, politically, personally or financially?
— Nancy Pelosi (@Nancy Pelosi)1548470550.0

"Do you think this country's going to get the answer to all three of those if there is something that Putin has on Donald Trump politically, personally and financially?" O'Donnell asked.

"Well, I certainly hope so, and I believe that Bob Mueller has been masterful in terms of how he has pulled together these indictments," Brennan answered.

"I think we have to think about it as a multi-act play, and I do think we are coming closer to the final act, where he is building up to the indictments that are going to be, I think, the most profound, and the ones that are going to tie it together," he predicted.

"I do think that Robert Mueller is going to try to bring this to some type of closure in the coming months, and I would find it very hard to believe that other indictments are not going to come down, again, based on my reading of all the details in those indictments," Brennan answered.