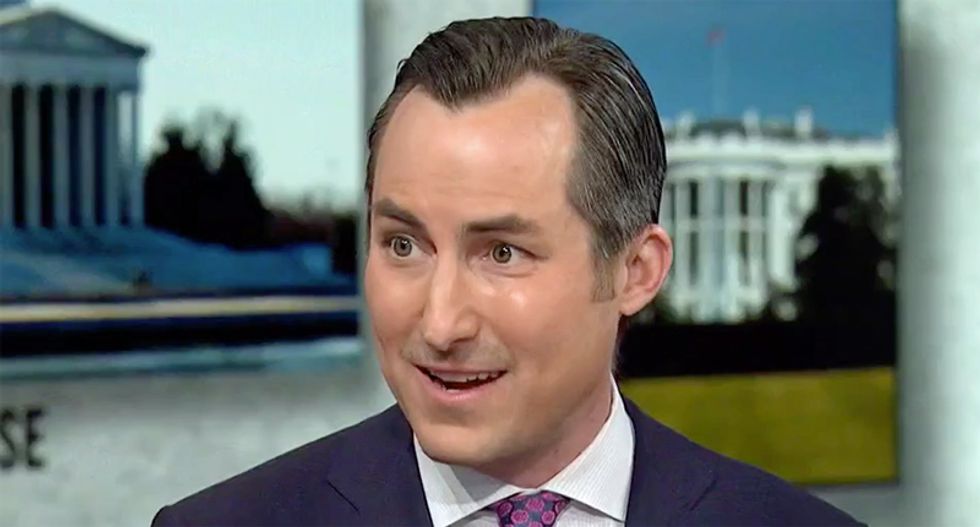 The former chief spokesman for the Department of Justice explained the "gaping hole" in Attorney General nominee William Barr's testimony before the Senate Judiciary Committee.

"The headline out of today's confirmation hearing for William Barr, Donald Trump's nominee for A.G., isn't about Barr, but about special counsel Robert Mueller," Wallace noted.

"On the question of whether he would recuse himself, there's really to reason for Democrats to trust him, because he wrote this memo and it wasn't -- he tried to describe this as a usual thing for past attorneys general to do. It's not usual," he explained.

"I remember when it first came out, I asked my former boss [Eric Holder] and a bunch of senior officials if they recalled getting a memo like this," he continued. "No one could ever remember -- it's highly unusual."

"The fact he can't give a good answer for why he's breaking with the precedent that was set by Eric Holder and Sally Yates and Rod Rosenstein and Jeff Sessions to follow the advice of career ethics officials, so we don't have to trust him, we can trust people that have -- that bring impartiality to the table," he noted. "He didn't have a compelling answer to that question."

"He'll probably get confirmed anyway, because I don't think Republicans care, but it's a glaring, gaping hole in his, you know, pledge to honor the department's traditions," Miller concluded.