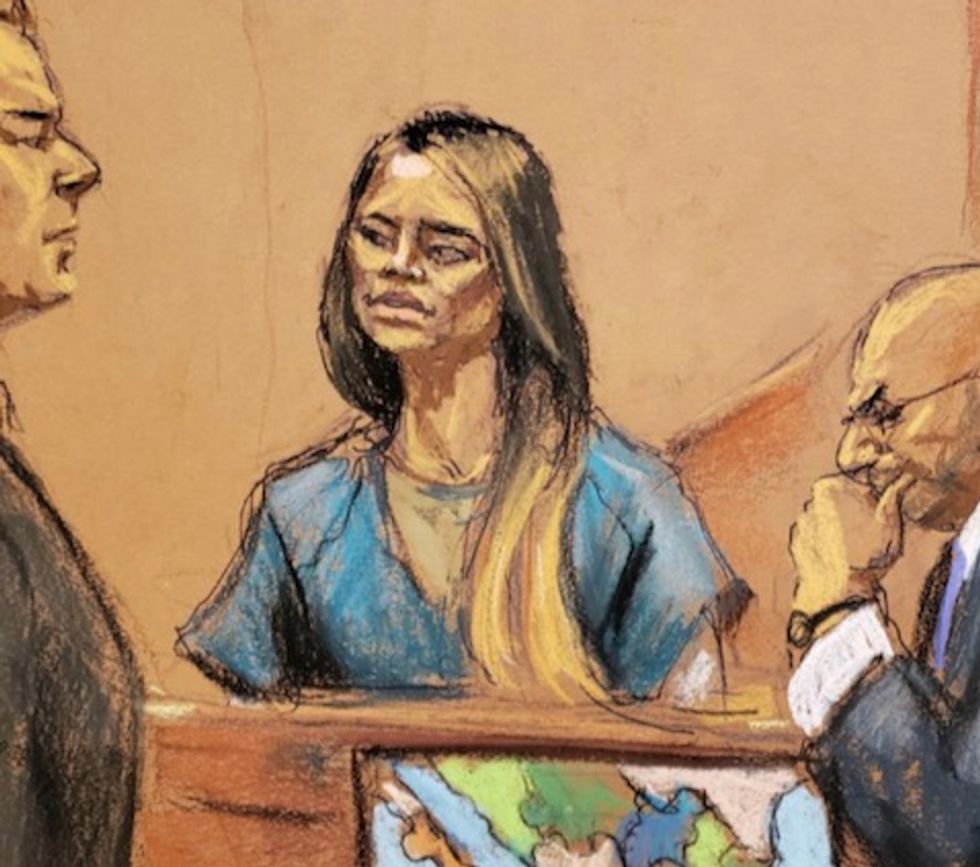 A former mistress of accused Mexican drug lord Joaquin “El Chapo” Guzman told jurors in his U.S. trial on Thursday she was “traumatized” after a harrowing 2014 escape from one of his safehouses with Mexican marines in hot pursuit.

Testifying for the prosecution in federal court in Brooklyn, Lucero Sanchez Lopez, a onetime local lawmaker in Guzman’s home state of Sinaloa, also gave an emotional account of her relationship with Guzman, saying she at times feared for her safety.

“I didn’t want for him to mistrust me because I thought he could also hurt me,” Lucero Sanchez Lopez, 29, testified. “I was confused about my own feelings over him. Sometimes I loved him and sometimes I didn’t.”

She said once, while the two were eating dinner in 2012, Guzman told her that anyone who betrayed him would die.

Guzman, 61, who was extradited to the United States in 2017, has been on trial since November on charges of trafficking cocaine, heroin and other drugs into the country as leader of the Sinaloa Cartel. His trial has provided a window into the operations of the cartel, one of the world’s biggest drug trafficking organizations.

The testimony by Sanchez Lopez is the first by someone with whom Guzman had a romantic relationship. Other cooperating witnesses have been business associates, primarily other drug traffickers.

Sanchez served in Sinaloa’s state congress from 2013 to 2016, when she was investigated for having shown false documents to visit Guzman in jail in 2014. She denied the accusation at the time.

Sanchez, who was nicknamed ‘Chapodiputada’ (Chapo deputy) by local media, was arrested in June 2017 on U.S. drug charges while trying to cross the U.S.-Mexico border. She pleaded guilty last October and is now cooperating with prosecutors.

She said her romantic relationship with Guzman began in early 2011, and that she began working for him shortly afterwards, although he never paid her. She described how he sent her to Mexico’s “Golden Triangle” - a fertile drug-producing region that includes part of Sinaloa - to buy marijuana and send it back to him on planes.

Sanchez said the relationship frayed in late 2012 but she continued to see Guzman occasionally. She said she was with him in February 2014 when a team of Mexican marines stormed his safe house in Culiacan in the middle of the night.

Guzman, she said, led her into the master bathroom, where the bathtub lifted to reveal wooden steps leading underground.

“It was very dark and I was very scared,” Sanchez said.

She said she followed Guzman, who was completely naked, through a tunnel leading away from the house, feeling water against her legs. When a prosecutor asked her how long she was there, she guessed more than an hour - “enough to traumatize me.”

Sanchez’ testimony followed an account of the same escape from the perspective of a U.S Drug Enforcement Administration agent working with the marines who stormed the safe house.

Though Guzman escaped from the house, the DEA’s Victor Vazquez told jurors that he was captured several days later in a beachfront hotel in nearby Mazatlan.

Guzman would go on to escape from a Mexican prison the following year, before being recaptured in 2016.

Vazquez said knowledge of the 2014 capture operation was restricted to the team of marines, for fear of corruption among Mexican law enforcement.