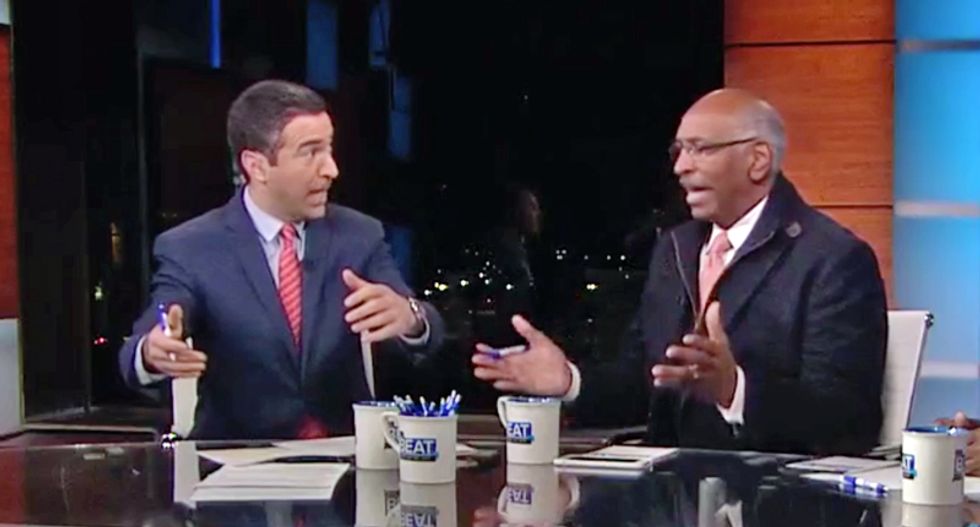 "This is an example of circling the wagons on the hill," Steele explained. "Trying to give some space, some elbow room, to the president right now to sort of shift the narrative a little bit, to sort of refocus the conversation."

"You look at the news today, wow, these senators are like -- they don't care," Melber said.

"They don't care and this small group is the ones still tethered tightly to the president and they, like I said, are circling the wagon using the legislative process to slow down or gum up this information," Steele noted

Melber asked if this was "collusiony" or Republican loyalty.

"It's all collusion," Steele replied. "It's all collusion, in my estimation, if you're taking these steps, the facts as we now see them being laid out and you're going to slow the roll legislatively, then you're now a part of the narrative just as much as anyone else is as far as I'm concerned."

Melber described Republican senators as "down with APO" to refer to "all of Putin's oligarchs."