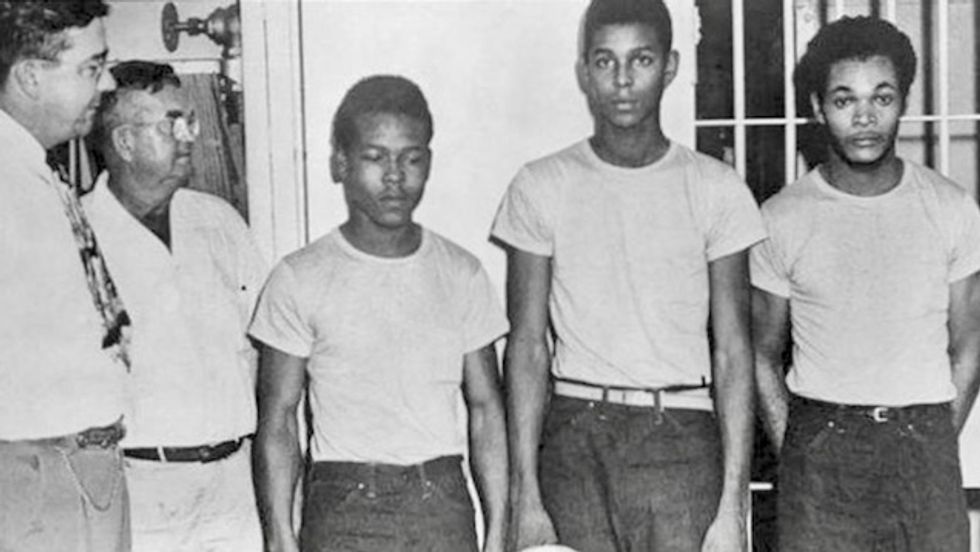 Four black men wrongly accused of raping a white teenager 70 years ago were pardoned by top Florida officials on Friday, a long-sought step in a case seen as a historic racial injustice.

While none of the men known as the “Groveland Four” remain alive, family members and supporters appealed their innocence to the Florida Clemency Board, composed of the state’s governor, attorney general, chief financial officer and agriculture commissioner.

The board, meeting at the state capitol in Tallahassee, voted unanimously to pardon Charles Greenlee, Walter Irvin and Samuel Shepherd and Ernest Thomas.

Republican Governor Ron DeSantis, elected to the office in November and sworn in earlier this week, called the case a “miscarriage of justice” in which the nation’s judicial ideals were “perverted time and time again.”

The men were accused of abducting and sexually assaulting a 17-year-old girl in 1949 near Groveland, Florida.

The alleged victim maintained on Friday that she was not a liar and opposed the pardons before they were granted.

Thomas was hunted down by a posse of over 1,000 men and killed as he was shot 400 times days later. The three others were beaten in custody and convicted. Of those, one was shot dead on the way to a retrial.

Renewed interest in the Groveland Four was sparked by the book, “Devil in the Grove: Thurgood Marshall, the Groveland Boys and the Dawn of a New America” by Gilbert King that won a Pulitzer Prize in 2013.

Florida legislators passed resolutions in 2017 apologizing to the families of the four men and recommended their posthumous pardons.