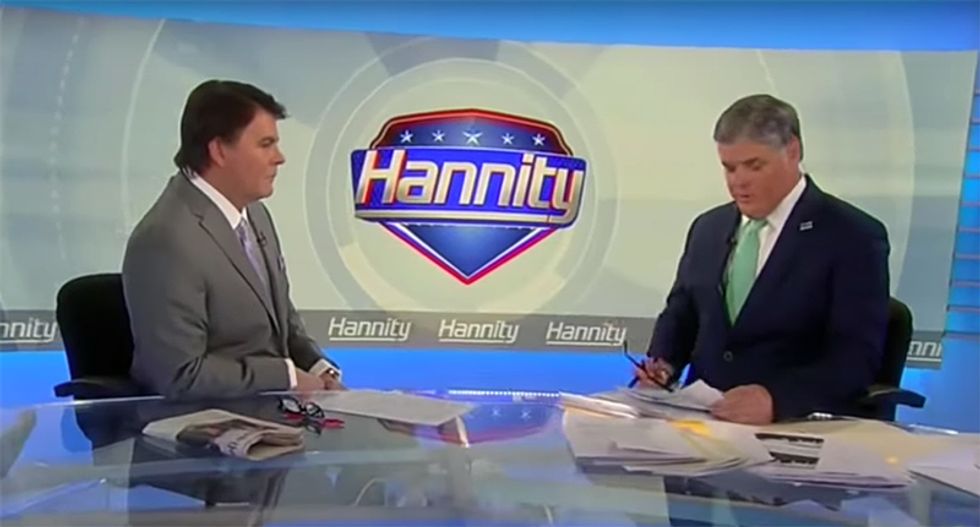 The former chief of staff to the director of the Federal Bureau of Investigation slammed Fox News on Tuesday for the networks attacks on the bureau in defense of President Donald Trump.

Former U.S. Attorney Chuck Rosenberg joined MSNBC's "The 11th Hour" with Brian Williams on Tuesday to discuss Attorney General nominee William Barr's testimony before the Senate Judiciary Committee. But the host asked him about Fox News' attacks on the FBI.

"Last night, Gregg Jarrett, their legal analyst said, 'this is an all-powerful, out-of-control, rogue agency and frankly it's time that it be halted in its tracks, reorganized and replaced with a new organization. It's time that the FBI be halted."

Fox legal analyst Gregg Jarrett just called for the FBI to be disbanded over reports that they are investigating Tr… https://t.co/fU8ft11Idf
— Andrew Lawrence (@Andrew Lawrence) 1547519480.0

Williams noted that Senate Judiciary Chair Lindsey Graham opened today's confirmation hearings with an attack on the DOJ and FBI.

"I found those comments -- both on Fox and by the chairman -- despicable and disgusting, Brian," Rosenberg said.

"I have stronger words, but I won't use them here," he acknowledged. "What's happening, sadly, is an effort to undermine the men and women of the FBI."

"And so to the extent that this constant drumbeat, this drip, drip, drip, undermines them and their work, it's deeply destructive," he added.

"I'll say one other thing, the FBI I know -- the FBI at which I worked both for Jim Comey and Bob Mueller -- is closely tethered to the rule of law and to the Constitution," he said. "In fact, in the counterintelligence area, it is the most highly regulated and the most closely supervised investigative work that they do."

"So the notion that this is a rogue agency out on a frolic and detour is nonsense, and it's deeply hurtful and deeply destructive," Rosenberg concluded.