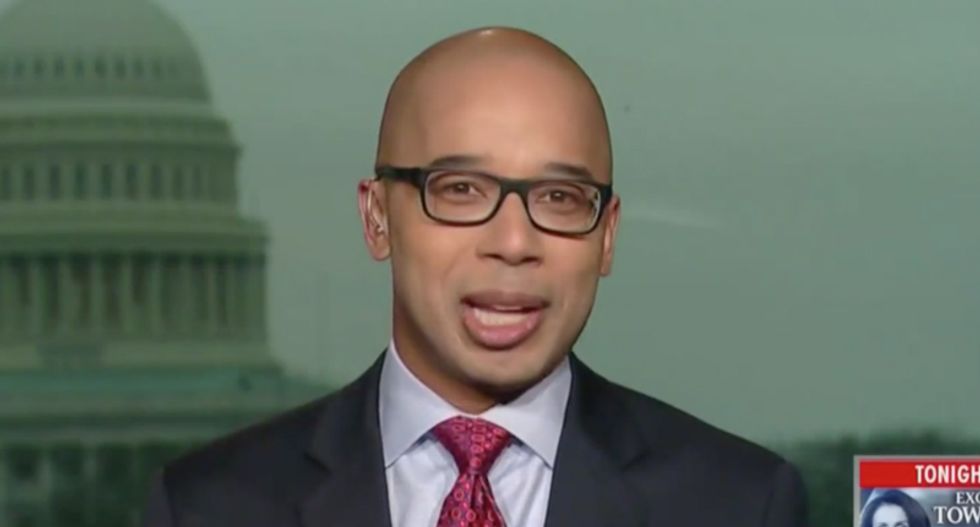 Former assistant director of U.S. Immigration and Customs Enforcement Elliot Williams on Friday slammed President Donald Trump's latest "national security" pitch for a border wall, saying the president's kept changing his rationale because he was unable to make a coherent case for construction.

"They can't make an economic case of building this wall from California all the way through Texas. They can't make an immigration case for it, so what they are doing is making a national security case for it because that resonates with people," Williams said. "If you say the words 'terrorism' enough times, then enough people will get scared."

"The president ran for office, starting back in 2015, pledging to build a wall going through the 2000 miles of the border and has sort of acted on that and saying he'd get Mexico to pay for it," he continued, comparing the wall to Trump's Muslim ban. "It's all in furtherance of making people afraid of immigrants and making people afraid of immigration more generally."