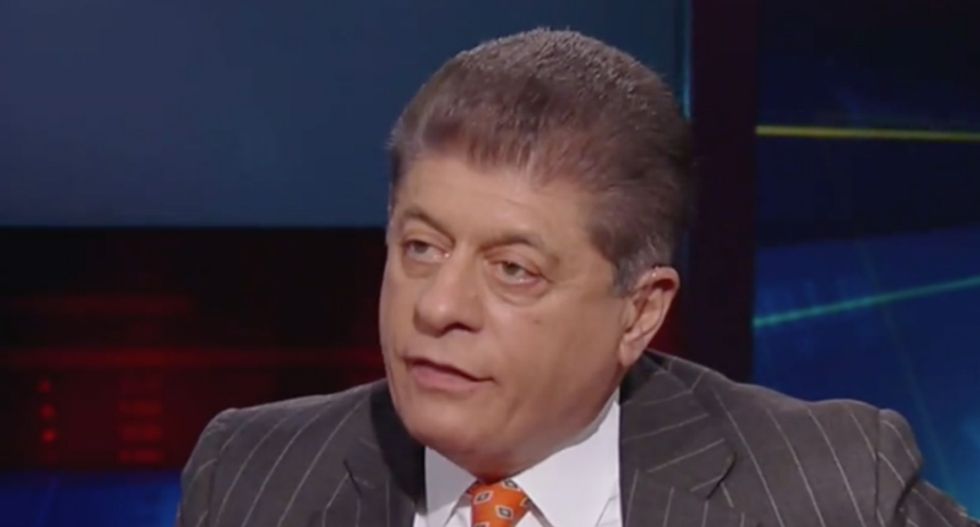 Fox News legal analyst Andrew Napolitano said on Tuesday that if President Donald Trump declares a national emergency over the U.S.-Mexico border, he could put himself at risk of a contempt charge.

Napolitano said the big question wasn't whether the American people would accept it, but whether the courts would.

"The courts will only accept it if the emergency complies with the definition of an emergency in a 1976 law," he continued as host Neil Cavuto rattled off examples including Pearl Harbor and 9/11. "I don't know that the president will be able to make that case, but his task is to make that case tonight."

"Will he do this even if his advisors tell him he'll lose?" Napolitano asked. "He may want to do it for political reasons, then he goes 'it's not me, it's the unelected block robed person appointed by so-and-so', the way he likes to attack judges when they're appointed by a so-and-so, which basically means any president but him."

Napolitano added that the president was boxed in without an emergency declaration, because the Constitution prohibits any federal expenditures without approval by Congress.

"He has a tough road, has to make a difficult case," Napolitano continued, noting that both the House and the Senate had passed continuing resolutions to fund the government before Trump insisted on his border wall. "Then he has to make the wall case so compelling that the American public decides he's correct and a judge decides, 'yeah, there's enough evidence to justify this.'"