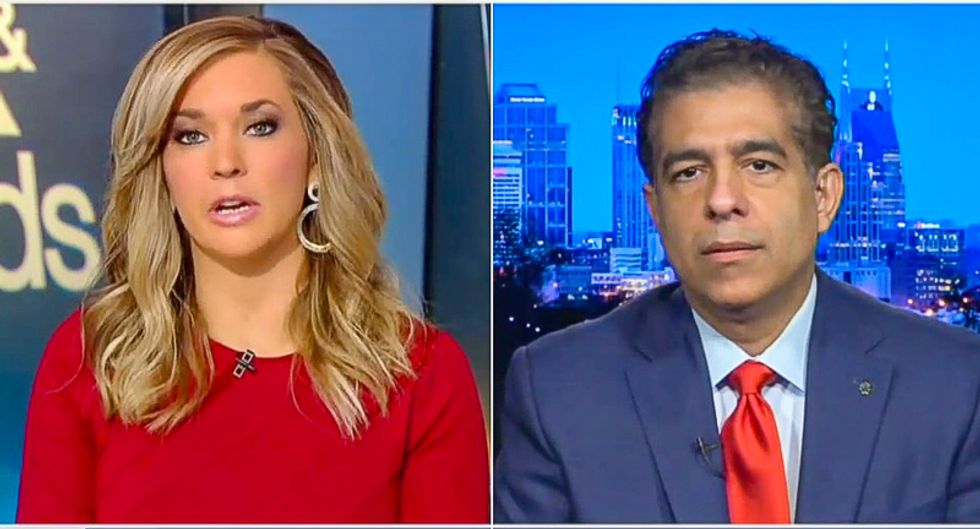 A host on Fox News claimed over the weekend that women are having "recreational abortions."

After Gov. Andrew Cuomo signed a law allowing late-term abortions in New York, Fox News host Katie Pavlich spoke to Dr. Omar Hamada, who incorrectly insisted that there is never a reason to abort a fetus in the third trimester.

"So this New York abortion law which allows abortion up til the day before birth is, essentially, a recreational abortion bill," Pavlich opined.

"I thought it was a travesty," Hamada said of the New York law. "You know, there are some reasons that we will end a pregnancy in the first trimester or other reasons in the second trimester, but there's absolutely no reason to end a pregnancy so that the child dies in the third trimester."

According to the doctor, women should wait for their fetus to die instead having third-trimester abortions.

"Remarkably there's a group of female physicians and nurses who have come out very hard, trying to threaten my career," Hamada explained. "I've gotten some death threats, which I don't really take seriously."

"I think that's just a common method that the left uses, they want to invalidate and destroy," he continued. "There's no desire for common ground."

Hamada predicted that the new legislation would "increase the number of abortions that are done in the state of New York."

While 99% of abortions occur in the first 21 weeks of pregnancy, the Center for Disease Control (CDC) says that there are reasons a woman might be forced to terminate in the third trimester.

“Abortions that occur at this stage in pregnancy are often the result of tragic diagnoses and are exactly the scenarios wherein patients need their doctors, and not obstructive politicians,” Stanford Dr. Jennifer Conti told the Guardian. “Asking a woman to carry a fatally flawed pregnancy to term is, at the very least, heartbreaking. I’ve often heard women say that they chose to end such pregnancies because of unselfish reasons: they couldn’t bear the thought of putting their fetus through even more pain or suffering.”

In a post to Twitter this Tuesday, CNN legal analyst and former federal and state prosecutor Elie Honig called on people to review the 9:29 video of Derek Chauvin putting his knee on George Floyd's neck and ask themselves, "Is this a reasonable use of force?"