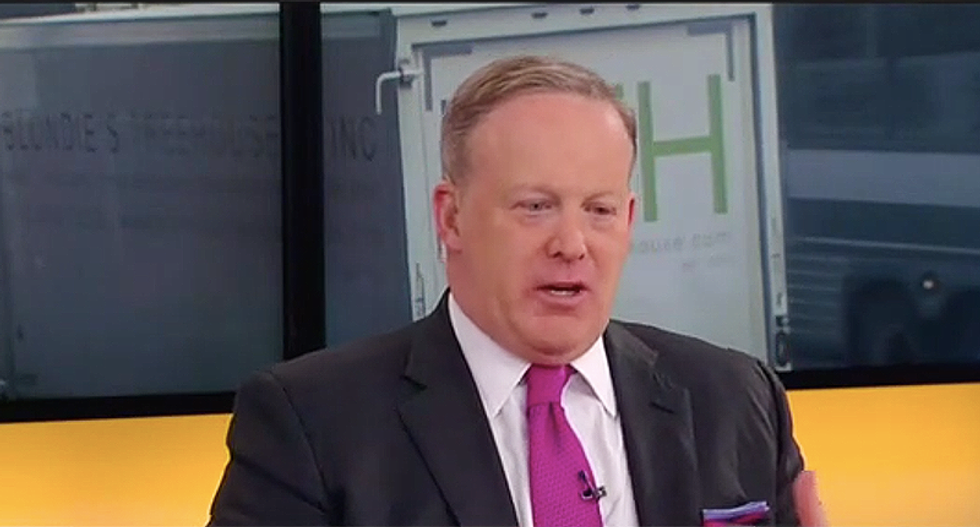 President Donald Trump and his team of lawyers and defenders have made former "fixer" Michael Cohen the fall-guy for all of their legal ails. When they're not blaming Cohen, however, they're trying to diminish him as nothing more than a coffee boy.

"We now know that we can all agree Cohen is untrustworthy," Spicer said of the man that worked for Trump for a decade. "I would also add that he is shady. We have learned that he lies, he's this guy who has done a lot of bad things. The question is, which Michael Cohen is everyone believing? The one who is tweeting out trying to rehabilitate himself, the one that lied and stole and deceived folks and did all of these shady kinds of things?"

Cohen has now turned to contrition, saying that he was wrong to have put his faith into Trump and done whatever Trump told him. According to the Wall Street Journal, Cohen delivered bags of cash to a company that worked to "fix" polls in Trump's favor. He said that he did this at the direction of his client: Mr. Trump.

Fox News commentator Kennedy said that Trump has attracted honorable people, but at the same time, he seems to draw in people like Cohen.

"There is something about that that is deeply troubling," she said. "I think the fact that Michael Cohen may have been stealing for the president and was a complete fraud, it doesn't absolve the president. Nobody has really answered why the president allows himself to be surrounded with people like that."

Spicer cut in to say that it's "deceiving" to say Trump surrounded himself with shady people.

"There isn't an organization that probably doesn't have a bad apple or two as part of it," Spicer said, excusing Trump's history.

"Oh no," the group of Fox panelists groaned.

"He was right there -- next to the president," said host Melissa Francis.

They quickly move on to another topic.

Cohen is set to appear before Congress Feb. 7.