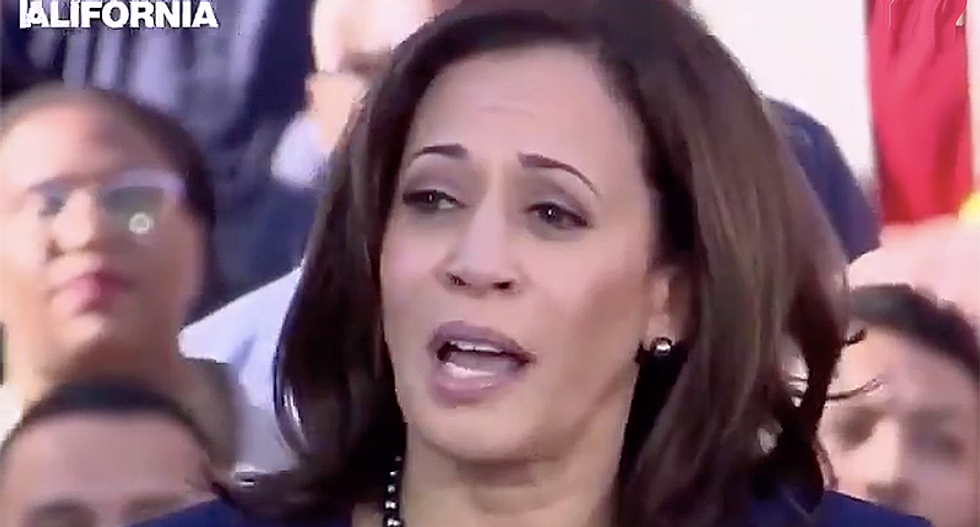 Sen. Kamala Harris (D-CA) made her formal announcement speech in Oakland, California Sunday, but Fox News decided she didn't quite have the experience to be president.

Harris was only recently elected to the U.S. Senate, but Fox panelists don't seem to know that Harris has spent 15 years in public service.

"We saw one-term senator -- if two years and prosecutor -- as terrific as experienced as that is, is that enough for the White House?" asked host Eric Shawn. "And once she gets perhaps Joe Biden and Sens. [Kirsten] Gillibrand and [Elizabeth] Warren and others how differentiates herself from the pack who might be fighting it out?"

"It may not be," argued the Wall Street Journal's John Bussy. "You may find the electorate concern about inexperience at the national level. They may not seize on this as an energetic campaign. We have seen in the past a junior Senator become president of the United States."