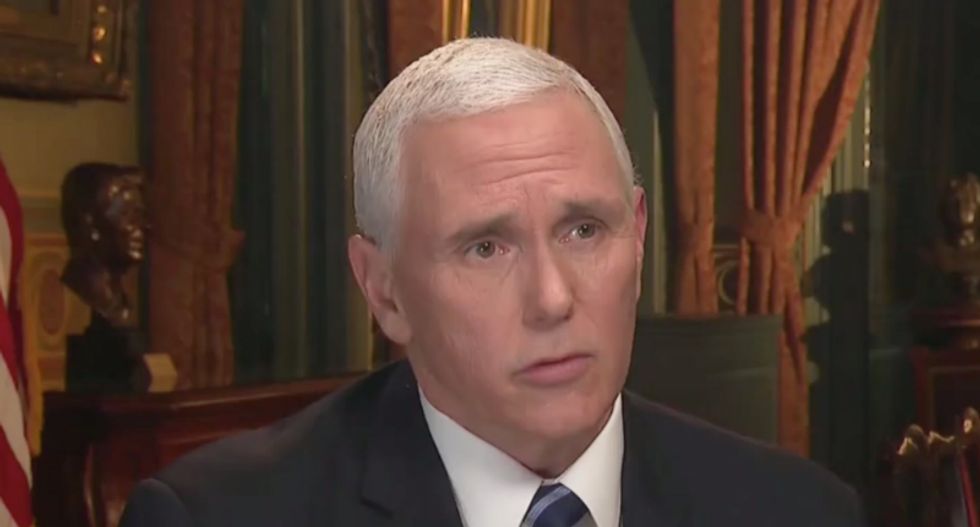 Multiple US service members were killed Wednesday in a suicide attack in Northern Syria.

The bombing appears to have been carried out by the Islamic State.

The same morning, Vice President Mike Pence delivered a speech in which he celebrated the demise of ISIS.

"We're bringing our troops home, the Caliphate has crumbled and ISIS has been defeated," Pence declared.

"Now we'll stay in the region and we'll stay and fight to make sure that ISIS does not rear its ugly head again."

On Wednesday, Fox News anchor Bret Baier knocked Pence for his premature announcement. He also criticized President Donald Trump for putting the remaining service members in danger by publicly declaring a withdrawal, then walking back the timing.

"There's a lot of anxious families. There's only a 2,000 person deployment there in Syria so a lot of families are waiting to hear, which is a terrible moment," Baier said.

"The Vice President, unfortunately for him, delivering that speech this morning."

Baier noted that it's not really clear what the timeline of the withdrawal is.

"The process by which that was announced came under attack by Democrats and Republicans," Baier continued. "And I think that the policy is on hold."