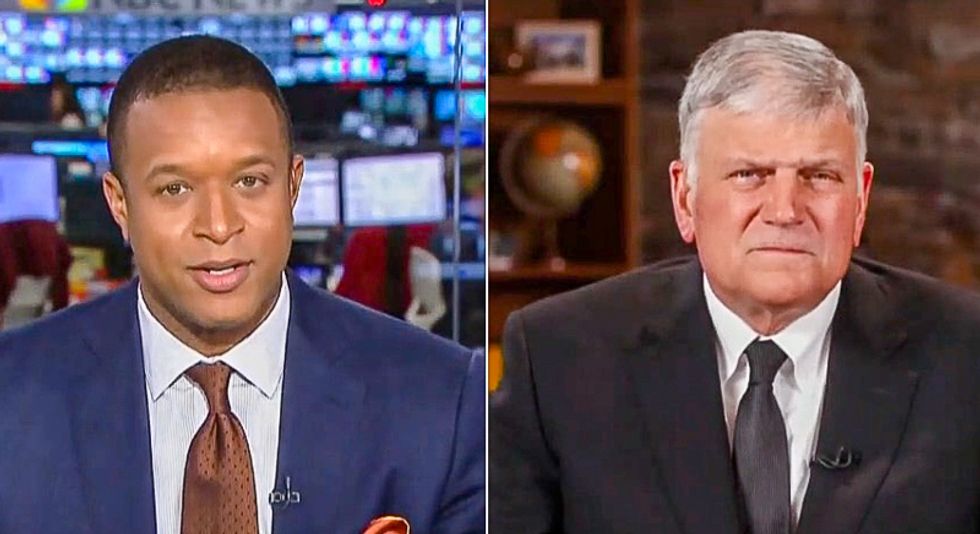 Rev. Franklin Graham insisted on Wednesday that he had never heard a lie from President Donald Trump.

In an interview on MSNBC, host Craig Melvin pointed out to Graham that The Washington Post counted 8,158 false or misleading claims made by the president during his first two years in office.

"Pastor Graham, you and I both know this president has said things over and over that aren’t true," the MSNBC host pressed.

"No, I don’t know that," Graham insisted. "I don’t sit around and try to find every fault in the president every day, looking for everything that he might have misspoken or mis-said. I don’t do that."

"But you can acknowledge that the president has said things that aren’t true," Melvin asked.

"I don’t think the president is sitting there behind the desk trying to make up lies," Graham said. "I don’t believe that for a second. Has he misspoken on something? Sure, all of us do that, you do it, I do it.

"So I think the president is trying to do the best that he can under very difficult circumstances," the pastor added. "But no one person can fix this, it’s too complex. We need God. As a nation, we’ve turned our back on God."

"But there are things that Donald Trump has said over and over again that are just flat out wrong," he concluded. "I don’t know whether Franklin is being willfully ignorant or is covering for the president but that undermines his message about objective truth."

Watch the video clips below from MSNBC.