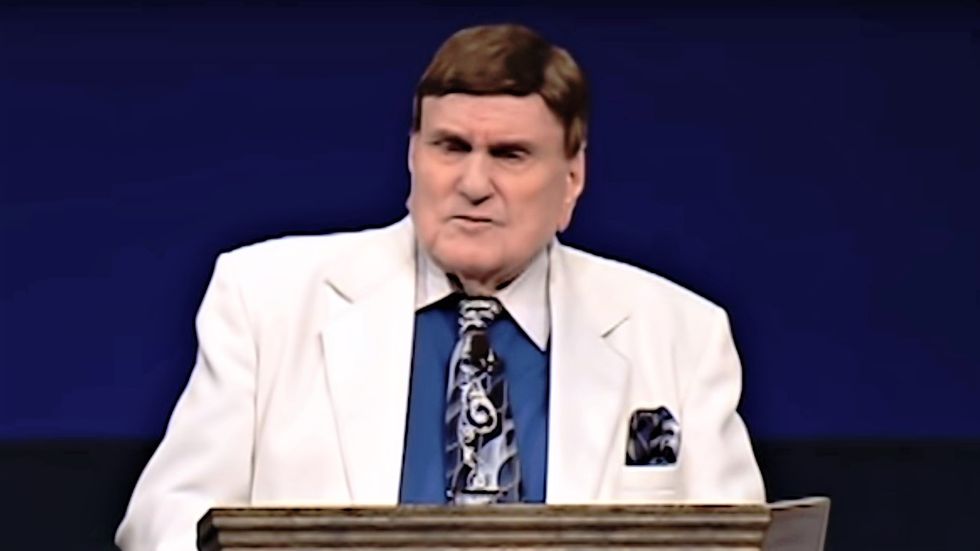 A leaked recording of a telephone call reveals that the Rev. Ernest Angley, a televangelist based in Cuyahoga Falls, Ohio, once admitted to having sexual relations with another man, despite a long career of calling homosexual men "vile."

The Akron Beacon Journal reports that the recording was made available by a person who had read the newspaper's coverage of a lawsuit filed against Angley by the Rev. Brock Miller, a former pastor at Angley's Grace Cathedral who is alleging that he suffered years of sexual abuse at Angley's hands.

In the recording, Angley can be heard discussing his sexual relations with a male church employee while on a mission trip to Africa. The Rev. Bill Davis, another former Grace Cathedral pastor, can be heard confronting Angley over the affair.

"It’s not about your affair with [name withheld], and your sexual promiscuousness [or] impropriety, whatever you want to call it," Davis said. "Now, that hasn’t got out."

Davis also informed Angley that his wife, Regina, had been contemplating publicly revealing Angley's relations with men after Angley accused her of being "vulgar."

"She was so angry over that word ‘vulgar,'" Davis tells Angley. "You know what she said she was going to tell? She said, ‘I’ll tell you what vulgar is: Him and [name withheld] naked, laying in... bed."

In a 1995 book, Angley condemned homosexuality by calling it "vile before God" while also saying "it will send souls to hell."