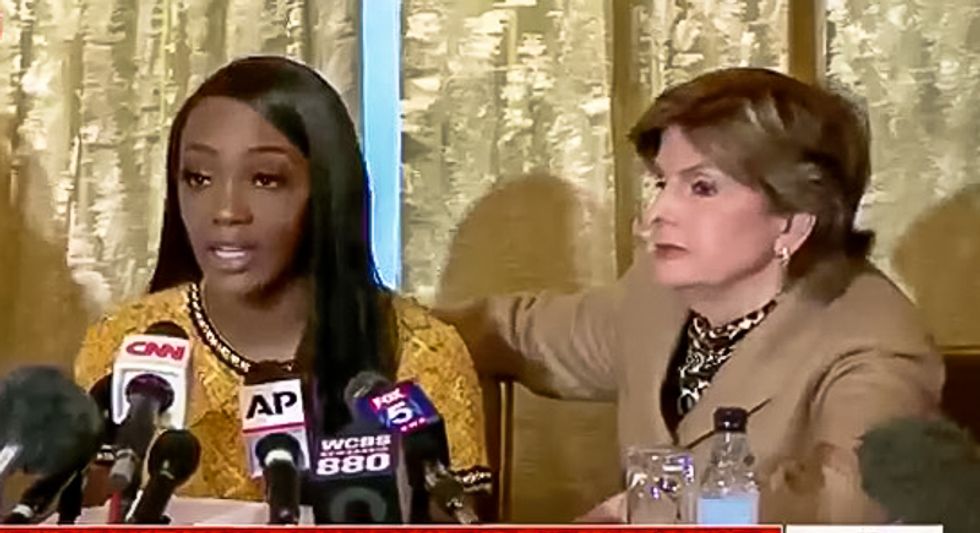 Attorney Gloria Allred on Monday accused singer R. Kelly of "taking his playbook from Donald Trump" when it comes to the treatment of alleged victims of sexual misconduct.

At a press conference on Monday, Allred revealed that she is representing a woman named Faith Rodgers who said that Kelly had mistreated her.

"We are here today to let Mr. Kelly know in no uncertain terms that he cannot and will not intimidate his alleged victims in keeping silent about their allegations," Allred explained. "We have evidence that Mr. Kelly has engaged in efforts to intimidate and retaliate against Faith Rodgers."

Allred went on to say that Kelly is threatening to sue everyone who was involved in the Lifetime documentary Surviving R. Kelly, which gives voice to victims of his alleged sexual misconduct.

"It seems that Mr. Kelly is taking his playbook from Donald Trump," Allred added, "who threatened to sue the women who came forward during the campaign to speak about his behavior towards them. In fact -- although it may be a coincidence -- Mr. Kelly was recently confronted by the police at Trump Tower in Chicago where he was residing."

Rodgers has accused Kelly of locking her up and filming non-consensual sex.