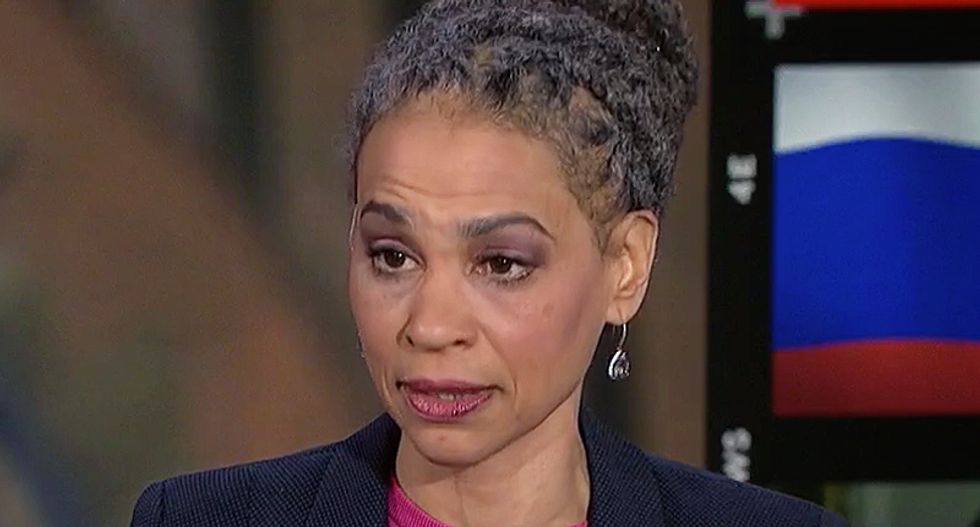 Prof. Maya Wiley of the New School on MSNBC (screengrab)

"We turn now to the Russia investigation, a story that will undoubtedly continue to dominate headlines this year," Welker noted.

"What we are learning is that there may have been a much larger conspiracy to provide sanctions relief to Russia either in return for personal business and financial benefits or in return for assistance in the campaign," Goldman argued.

"Knowing what we know -- and if you can read between the tea leaves -- where is this investigation heading?" Welker asked. "And how expansive is it right now?"

"Look, this investigation I do not believe is over," Wiley predicted.

Wiley also served as a federal prosecutor in the Southern District of New York.

"I don't think we are at the point where there's a wrap up and a report in which it's all tied together in a neat bow," she said.

Wiley suggested we look to what has not been revealed in federal court filings to understand the current state of the investigations by the Southern District and special counsel Robert Mueller.

"I think if it were, we wouldn't see so many redacted documents in sentencing memos from the Mueller team, we would have more information there," Wiley explained. "There are investigations they are protecting."

"What we have seen in 2018 essentially is a roller coaster of indictments, of pleas, of finding out that there were back door deals -- for instance with Paul Manafort saying he was going to be cooperating and then not and sharing information with the White House," she reminded.

"More indictments, that is your prediction -- that is a strong prediction," Welker noted.