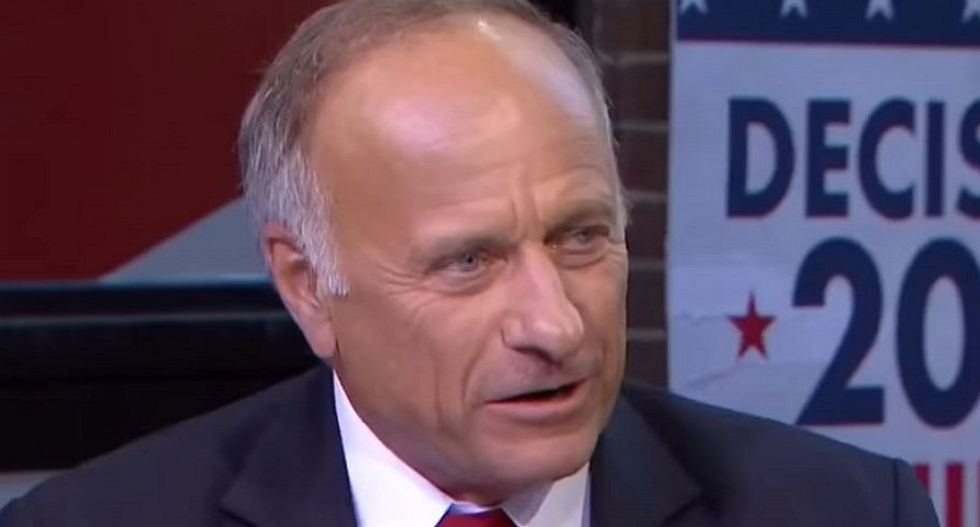 “Why did I sit in classes teaching me about the merits of our history and our civilization?”

In the past, King has also met with a far-right Austrian party and supported a Toronto mayoral candidate with neo-Nazi ties.

On CNN Friday, Republican operative Scott Jennings urged the rest of the party, including President Donald Trump to denounce King and to support a primary challenger to him.

"This bozo shows up now and again and ruins it," Jennings said, about the Republican party's efforts to be seen as more inclusive and mainstream. "I want them to ostracize him," he added.

CNN's Poppy Harlow noted that King and President Donald Trump appear to be close, both in their ideology and in past praise of each other's work. Jennings prompted the president to focus on his criminal justice reform work as outreach to people of color, while disavowing GOP politicians who hew a white nationalist line. But ultimately, Jennings is not surprised the president and King continue to be friendly.

"We've had this situation before, where the president has been associated with people who've done galactically stupid and offensive things," Jennings concluded.