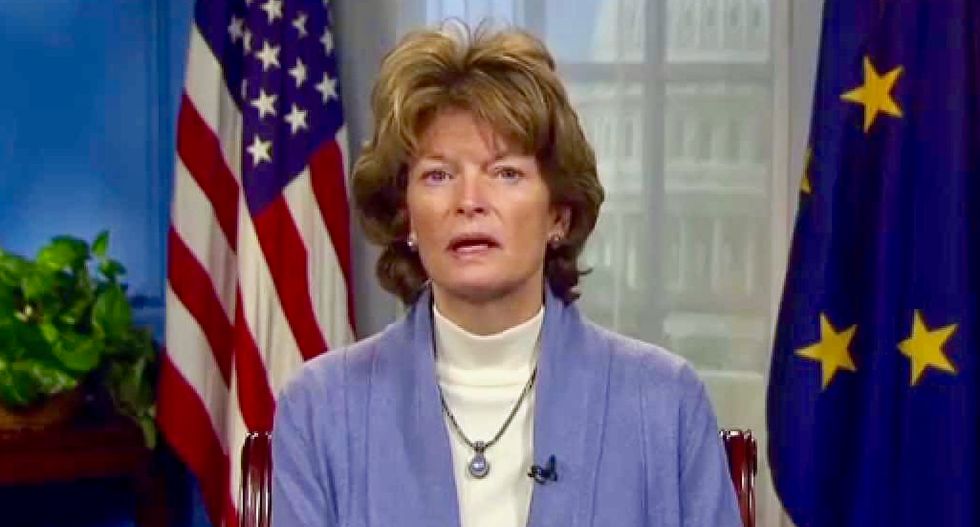 President Donald Trump is losing what little support he had for his shutdown, which is rapidly approaching the end of its third week.

In reality, McConnell could have his caucus vote on the bills passed on the first day of Speaker Nancy Pelosi's tenure, and they would pass – because they already had, three weeks ago. He could easily override a presidential veto as well.

But he refuses to do his job, preferring to hide.

Meanwhile, one Republican Senator is picking up the slack.

She told reporters she thinks the government should be re-opened and Congress can then decide what to do about the border.

“I think we can walk and chew gum,” she said.

On Wednesday, she upped the ante.

Not only did she call once against for the Senate to pass the necessary bills to end the shutdown, she dissed the President.

Murkowski told reporters Wednesday afternoon the Senate needs to "do our business" and get the six appropriation bills "done."

And she made clear she believes President Trump is holding workers "hostage."

Murkowski isn't afraid of going up against her own party, not after she ran one of the few successful write-in campaigns in history, after losing a Senate primary.

Murkowski was meeting with Senator Lindsey Graham, Jared Kushner (!), and the handful of GOP Senators who have said they want the government re-opened.

"Murkowski said going in" to Graham's office, "she had hoped at lunch Trump would have had a clearer vision out of the shutdown."

Let's do that again: She had hoped Trump would have had a clearer vision out of the shutdown.