As government shutdown drags on, where is Mitch McConnell? 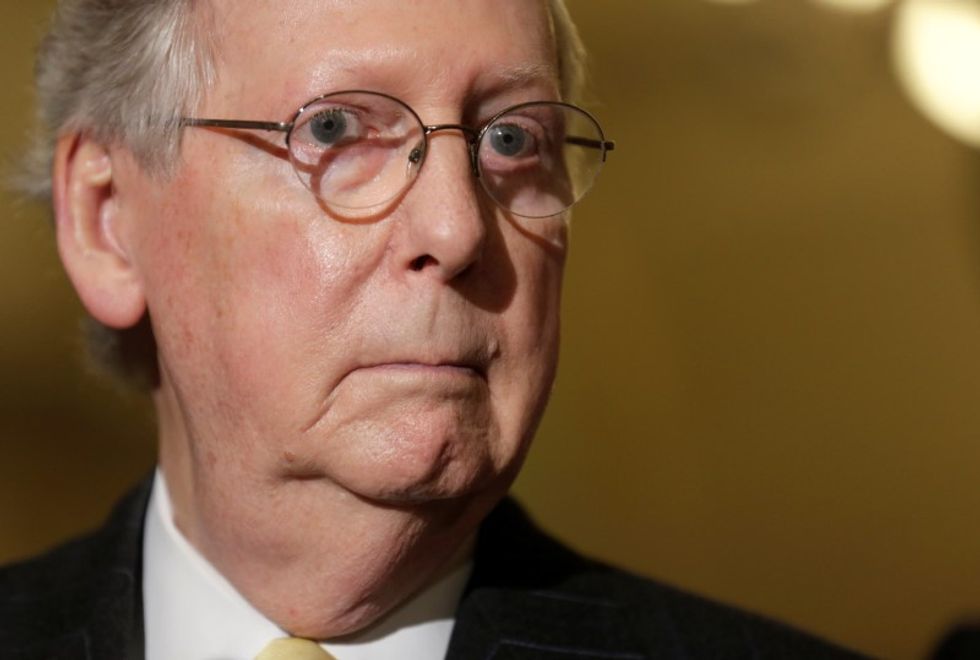 When President Donald Trump stormed out of a White House meeting with congressional leaders last Wednesday, U.S. Senate Majority Leader Mitch McConnell sat there silently, uttering not a word as the talks blew up, according to others in the room.

The No. 1 Republican in Congress, who rose to power on his reputation as a master of legislative wrangling, has had little to say in public or private during a partial federal government shutdown that began on Dec. 22 and has no end in sight.

Showing no interest in defying his president and Trump’s demand that triggered the shutdown for funding for a U.S.-Mexico border wall opposed by Democrats, McConnell has kept a low profile. This posture, allies and opponents said, is about McConnell protecting himself, vulnerable Republicans and their control of the Senate ahead of the 2020 elections.

At the core of McConnell’s quiet loyalty to Trump, despite past friction between them, is a calculation that Trump’s popularity with Republican voters makes standing by him, in the long run, politically wiser than responding to short-term worries about the shutdown, aides and experts said.

“The leader is prepared to engage, but the leader always wants to be able to look ahead and see the two or three other moves ahead of the immediate move,” Republican Senator Thom Tillis told Reuters, referring to McConnell.

The cost of this long-term focus, Democrats said, is that McConnell has ceded control of the Senate to Trump for the duration of the shutdown fight by pledging to block any shutdown-ending legislation the president would not sign.

Democratic Senator Joe Manchin, who helped negotiate an end to an earlier shutdown, said this of McConnell’s absence from negotiations: “Basically, that’s what’s holding everything up.”

Nancy Pelosi, speaker of the Democratic-controlled House of Representatives, is passing shutdown-ending spending bills in her chamber, including one on Friday. If McConnell would only put those measures on the Senate floor for a vote, Democrats argue, senators from both parties would support them.

That would then pressure Trump, according to the Democrats, to sign the bills into law and reopen government, even if the measures lacked the $5.7 billion in wall funding he is demanding. McConnell has made clear this will not happen.

SLIP OUT THE BACK

Twice now, House Republican leaders Kevin McCarthy and Steve Scalise have emerged from high-level White House shutdown talks to address reporters, once with Trump and once with Vice President Mike Pence. While McCarthy and Scalise went to the microphones, McConnell returned unobtrusively to the Capitol.

A senior Democratic aide described McConnell’s demeanor in meetings with Democrats about the shutdown as more “subdued” than when he helped end previous shutdowns.

One other possible explanation for this, Democrats said, is that McConnell was burned by Trump last month when the president reversed position and rejected a bipartisan, Senate-passed spending bill that would have averted the shutdown.

About a quarter of the government closed after Trump rejected that bill, unexpectedly demanding that any measure to restore funding to agencies whose funding expired for unrelated reasons must include more than $5 billion for his wall. Democrats continue to refuse to fund the wall, which they have called immoral, ineffective and expensive.

In addition, for all his acumen as a legislative tactician, McConnell in 2017 failed to get the Senate to vote to repeal Obamacare, the 2010 healthcare law that Trump had vowed to end. In the aftermath, Trump publicly criticized McConnell.

McConnell’s main concern as he navigates the shutdown drama is likely November 2020, when he will face a re-election contest in his home state of Kentucky. If Trump is the Republican presidential nominee again, the two would be on the same ballot.

“Mitch McConnell backing the president, keeping the Republican conference together behind the president, is very good in Kentucky,” said Scott Jennings, a Republican strategist from Kentucky who has advised McConnell’s last three Senate campaigns and worked on national campaigns.

A poll by liberal Public Policy Polling found that in seven states where Republican senators are up for re-election in 2020 - Alaska, Arizona, Colorado, Georgia, Iowa, Maine and North Carolina - most voters oppose a shutdown for border funds.

Republican senators such as Susan Collins and Cory Gardner may feel pressure to vote to reopen the government, but defying Trump could make them vulnerable to future challenges in party primaries.

By blocking Senate consideration of such measures, McConnell helps these senators avoid making expedient short-term votes that could hurt them in 2020, while letting them continue to criticize the shutdown without having to vote against their president.

“It would be crippling if the Republicans were running around eating each other alive,” Jennings said.