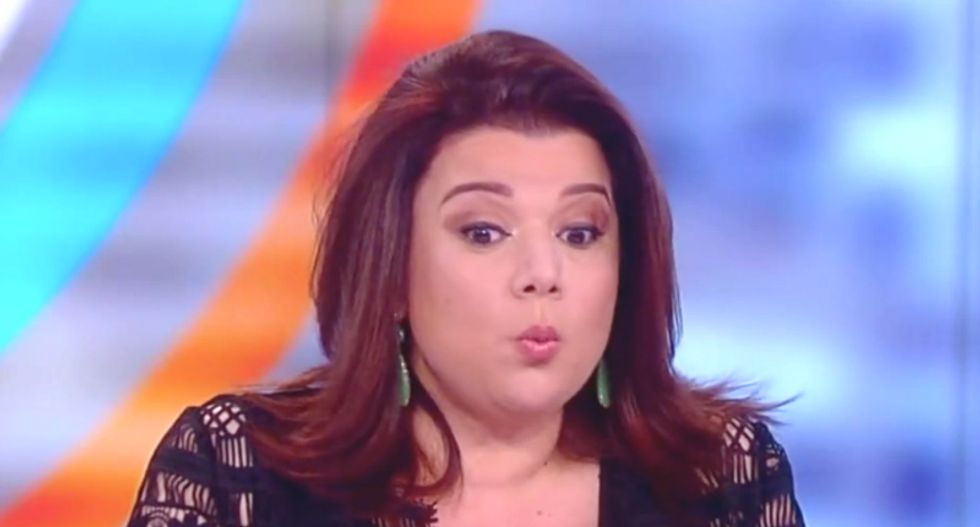 The View's Ana Navarro on Friday was positively giddy about BuzzFeed's bombshell allegation that President Donald Trump ordered his former fixer Michael Cohen to lie to Congress, saying the president may wind up facing impeachment.

"You know what we haven't seen this morning? We haven't seen President Loco tweeting a denial," Navarro said. "He is the first one out there that says 'no collusion, I did not work with Russia, I did not work for Russia.' Today he's been tweeting away but he has not tweeted his 140-character absolute denial. To me that's telling."

Co-host Meghan McCain did her best to downplay the allegations, saying that the report was nothing more than a "shiny object". But Navarro was having none of it, and laid out her case that the president was in deep trouble.

"We knew already that Cohen had lied to Congress, he pled guilty to that," she said. "We know he's testifying February 7th in front of Congress. We know those hearings are now going to be conducted by Democrats who are going to ask him about this."

Navarro predicted one of two outcomes.

"Either BuzzFeed is going to have egg on their face, or we're going to know if the president of the United States committed a federal felony," she said. "At that point we are in high crimes and misdemeanors, and we are in impeachment territory."

The View Uncategorized
Report typos and corrections to: corrections@rawstory.com.
Like this article ? Text `Support` to 50123 to donate.
READ COMMENTS - JOIN THE DISCUSSION