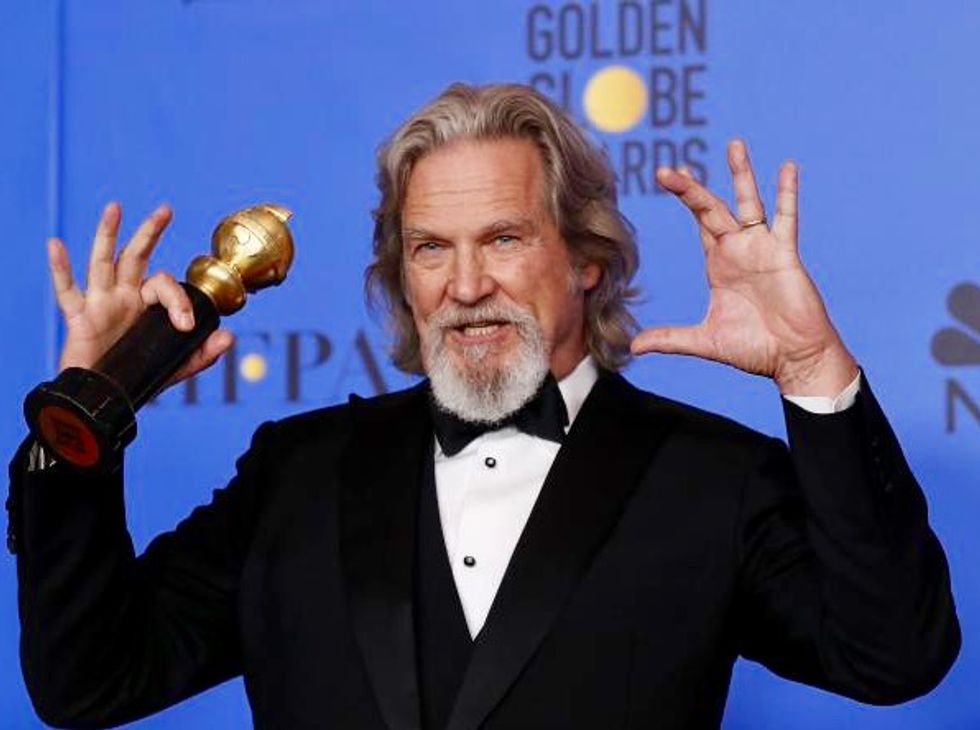 Jeff Bridges, the rascally dude of cult classic “The Big Lebowski” and star of “Crazy Heart,” was awarded the annual Golden Globe for lifetime achievement on Sunday after a 60-year career on film and television.

Bridges, 69, got his start as a child star appearing alongside his parents Lloyd and Dorothy Bridges, and his older brother Beau in the 1950s before carving his own path in mostly offbeat roles.

While accepting his award, Bridges thanked his siblings and parents, noting that he was wearing his late father’s cufflinks.

Never typecast, Bridges has played a bank robber, a struggling writer, a blank-faced alien, a U.S. president and a video game programmer in both independent and blockbuster movies.

But it is his 1988 role as a man mistaken for a millionaire in “The Big Lebowski” that has proved most memorable, earning Bridges the enduring nickname “The Dude” after his laid-back stoner character in the crime caper.

“If I’m lucky I’ll be associated with The Dude for the rest of my life,” Bridges said onstage. “I feel so honored to be a part of that film.”

Bridges is known for his naturalistic style and for often playing rambling and unpredictable characters.

After multiple nominations for movies including “The Last Picture Show,” “The Contender,” and “True Grit,” Bridges took home both a Golden Globe and an Oscar in 2010 for his performance as a drunken country singer who finds redemption in “Crazy Heart.”

In his acceptance speech, Bridges thanked a long list of people who he has worked with over six decades, including the man who has served as his stand-in for close to 70 films, Loyd Catlett.

“He’s the thread to the whole deal,” Bridges said.

Officially known as the Cecil B. DeMille award, the Golden Globe recognizes lifetime achievement in both showbusiness and humanitarian work.

In 1983, Bridges founded the End Hunger Network, a nonprofit organization dedicated to feeding children around the world. He is also a spokesman for the Share Our Strength/No Kid Hungry campaign.