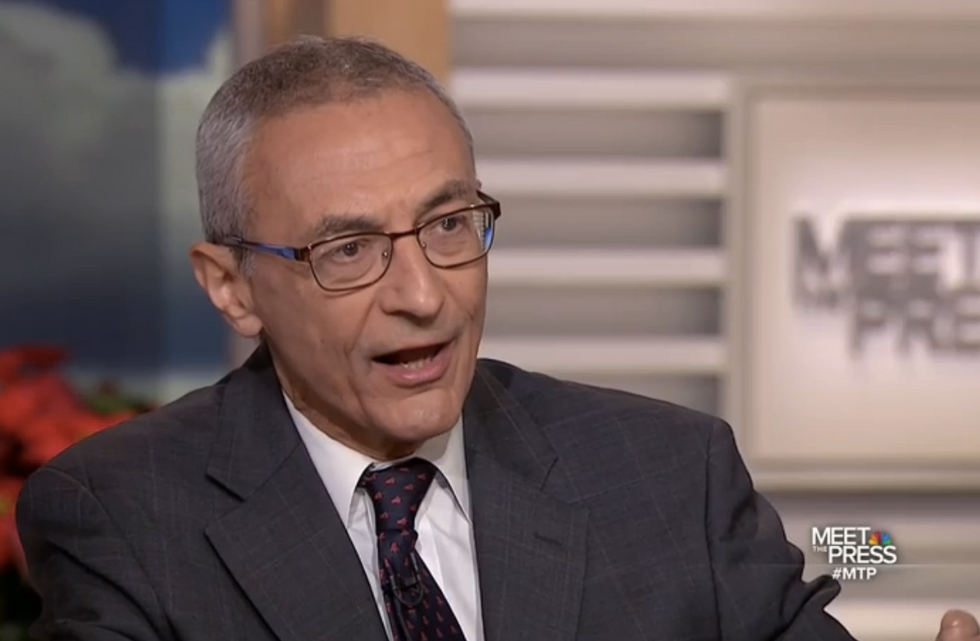 In August 2016, Trump ally Roger Stone declared that "it will soon be Podesta's time in the barrel," a reference to Clinton campaign chairman John Podesta, whose emails had been hacked and delivered to WikiLeaks.

Within weeks, WikiLeaks began publishing Podesta's emails in batches on a weekly basis in a move designed to damage the Clinton campaign heading into the 2016 presidential election.

Stone's boast about Podesta has raised eyebrows because WikiLeaks had not publicly announced at that point that it had obtained Podesta's stolen emails.

Now that Stone has been indicted by special counsel Robert Mueller for lying to investigators about his efforts to get into contact with WikiLeaks about the Podesta emails, Podesta himself took to Twitter on Friday to relish in his former tormentor's downfall.

"Rogers’s time in the barrel," Podesta wrote. "And it’s headed over Niagara Falls."

In another tweet, Podesta also mocked Stone for telling CNN earlier in the week that he feared being indicted by Mueller every week when Friday rolled around.

"Stone’s expectations met!" he wrote. "Doubt he’s happy about it."