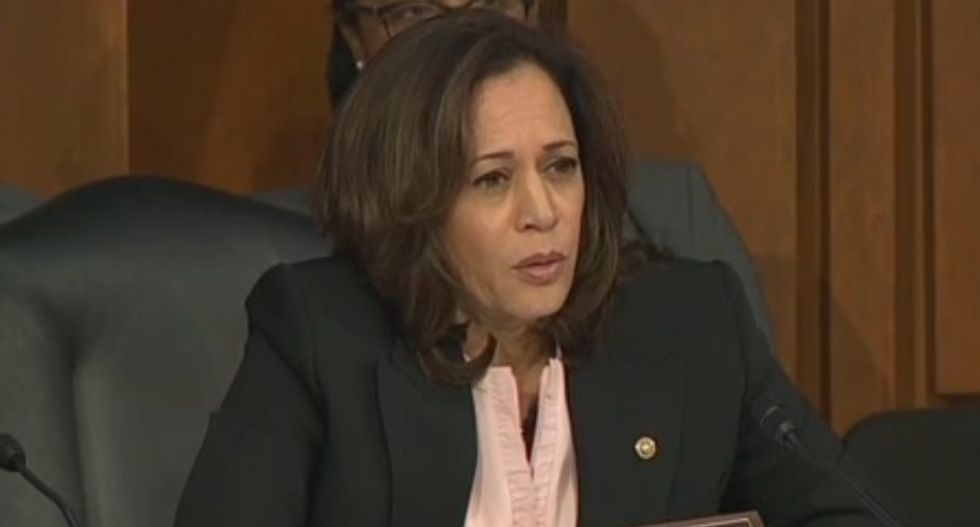 Sen. Kamala Harris (D-CA) on Tuesday grilled attorney general nominee William Barr over his apparent support for a Mexican border wall -- and got him to admit that he doesn't know as much as he thought about the situation at the border.

"You mentioned that we need barriers across the board to deal with drug trafficking," Harris noted. "Are you advocating a wall?"

Barr responded by saying that he is "advocating a system, a barrier system in some places" before admitting that he would need to "find out more about the situation since I last visited the border."

The California Democrat pointed out that most drugs that enter the US through Mexico do so at legal ports of entry -- and then asked him when the last time he'd visited such a port was.

"Have you recently or ever visited a port of entry?" Harris asked.

When pressed on when the last time he visited a port of entry was, the nominee admitted that it was when he was attorney general during the first Bush administration at the beginning of the 1990's.

"So a couple decades ago?" Harris asked.