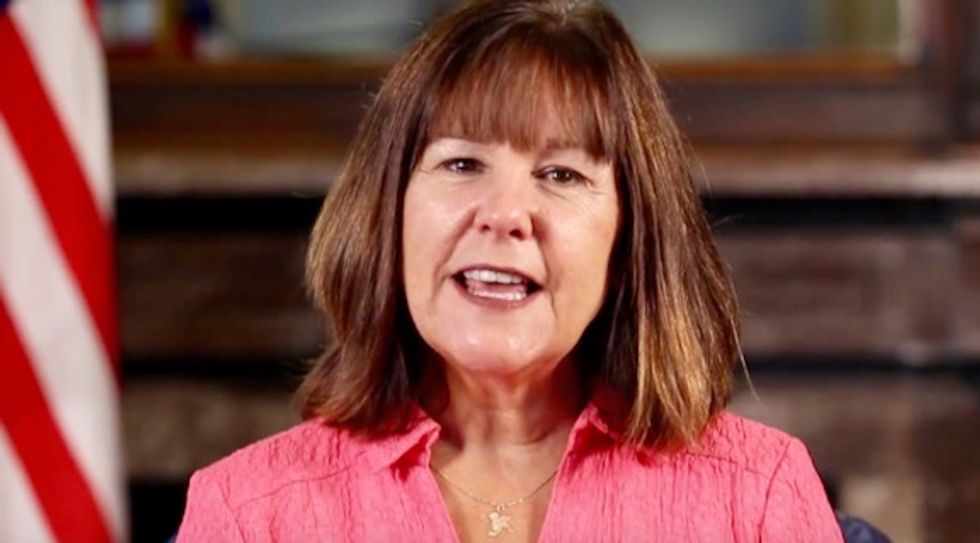 Second Lady Karen Pence has begun teaching at a Christian school in Virginia that bans students and teachers who are LGBT or have LGBT members living in the home, as HuffPost reports.

"I understand that the school reserves the right, within its sole discretion, to refuse admission to an applicant or to discontinue enrollment of a student if the atmosphere or conduct within a particular home, the activities of a parent or guardian, or the activities of the student are counter to, or are in opposition to, the biblical lifestyle the school teaches," the school's "Essentials of the Faith" states.

"This includes, but is not limited to contumacious behavior, divisive conduct, and participating in, supporting, or condoning sexual immorality, homosexual activity or bi-sexual activity, promoting such practices, or being unable to support the moral principles of the school. (Lev. 20:13 and Romans 1:27.)"

That is a specific reference to the infamous Leviticus verse that states, "If a man also lie with mankind, as he lieth with a woman, both of them have committed an abomination: they shall surely be put to death; their blood shall be upon them."

The Statement of Faith continues, saying, "I acknowledge the importance of a family culture based on biblical principles and embrace biblical family values such as a healthy marriage between one man and one woman. My role as spiritual mentor to my children will be taken seriously."

The employment application is more specific. Teachers must agree to many conditions, such as, "a wife is commanded to submit to her husband as the church submits to Christ.” And these:

"I will maintain a lifestyle based on biblical standards of moral conduct. Moral misconduct which violates the bona fide occupational qualifications for employees includes, but is not limited to, such behaviors as the following: heterosexual activity outside of marriage (e.g., premarital sex, cohabitation, extramarital sex), homosexual or lesbian sexual activity, polygamy, transgender identity, any other violation of the unique roles of male and female, sexual harassment, use or viewing of pornographic material or websites."

HuffPost reports "a spokesperson for Mrs. Pence noted that she also previously taught at the school for 12 years, while her husband was in Congress. The couple’s daughter Charlotte Pence attended the school, according to the school’s website."

The Second Lady's spokesperson, Kara Brooks, says, “It’s absurd that her decision to teach art to children at a Christian school, and the school’s religious beliefs, are under attack.”