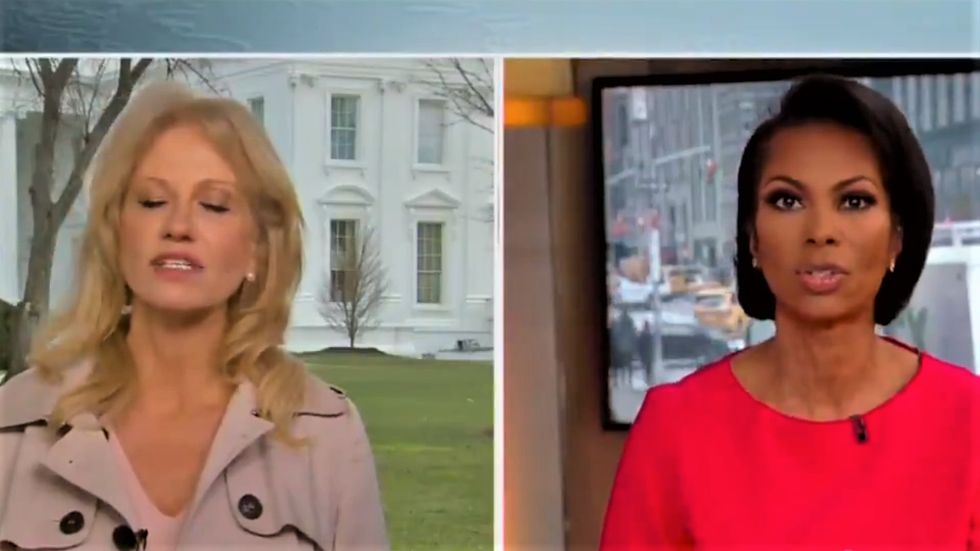 Fox News host Harris Faulkner on Wednesday grilled White House counselor Kellyanne Conway on whether President Donald Trump would agree to reopen the government without funding for his proposed border wall -- and Conway quickly snapped at her.

During an interview on Fox News' "Outnumbered," Harris talked about the large number of people who have been "damaged" by the shutdown and asked Conway, "If the the president is given something that both Houses of Congress agree on, will he sign it?"

"It depends on what it says," Conway replied.

"But will he sign something that doesn't have border wall funding?" she asked. "As we get late, late, late in the game now..."

"Harris, that's not realistic!" Conway snapped. "It's not border wall funding, it's border security! If you don't have a physical barrier that people cannot crawl under, climb over, drive through or walk around, we don't really have border security."

Of course, Trump's proposed border wall will not prevent people from tunneling under it or climbing over it, and multiple prototypes of the wall are vulnerable to being hacked through with a traditional saw.