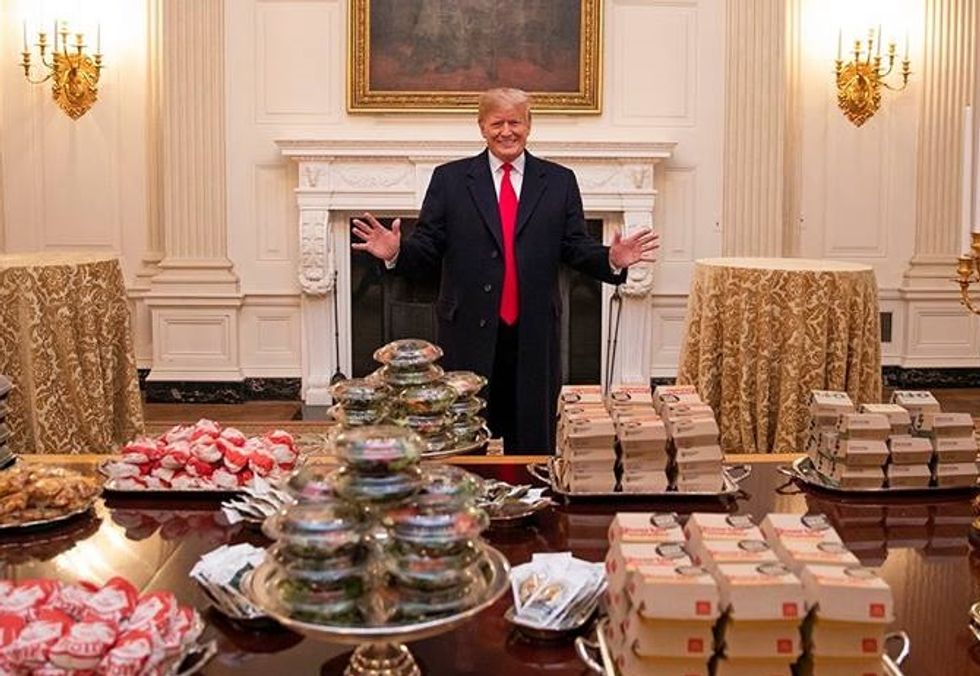 George Conway, the husband of White House counselor Kellyanne Conway, said on Wednesday that President Donald Trump has now been rendered a "laughingstock" whom no one in the government takes seriously -- thus rendering him incapable of governing.

Reacting to the fact that even Burger King is mocking the president after he misspelled the word "hamburgers" in a Tuesday morning tweet, Conway marveled that Trump is now getting ridiculed by fast-food chains.

"Think of how much of a laughingstock a president has to become to have *Burger King* make fun of him," Conway wrote. "Sad."

Think of how much of a laughingstock a president has to become to have *Burger King* make fun of him. Sad. https://t.co/aUBiBxQACr
— George Conway (@George Conway) 1547655404.0

In a followup tweet, Conway cited historian Heather Cox Richardson, who declared that "when a major fast food corporation trolls you, you're done."

Conway called this an "apt observation" and said that "a president can’t function if he isn’t taken seriously."

Conway then concluded by saying, "This one isn’t, and shouldn’t be."

In 2017, for instance, he ripped into the president for undermining his own proposed travel ban with a series of impulsive tweets. He has also recently been retweeting articles that criticize the president’s alleged affair with adult film star Stormy Daniels, as well as stories that mock Trump for being unable to hire top-notch legal counsel to defend him in special counsel Robert Mueller’s probe of Russian interference in the 2016 presidential election.