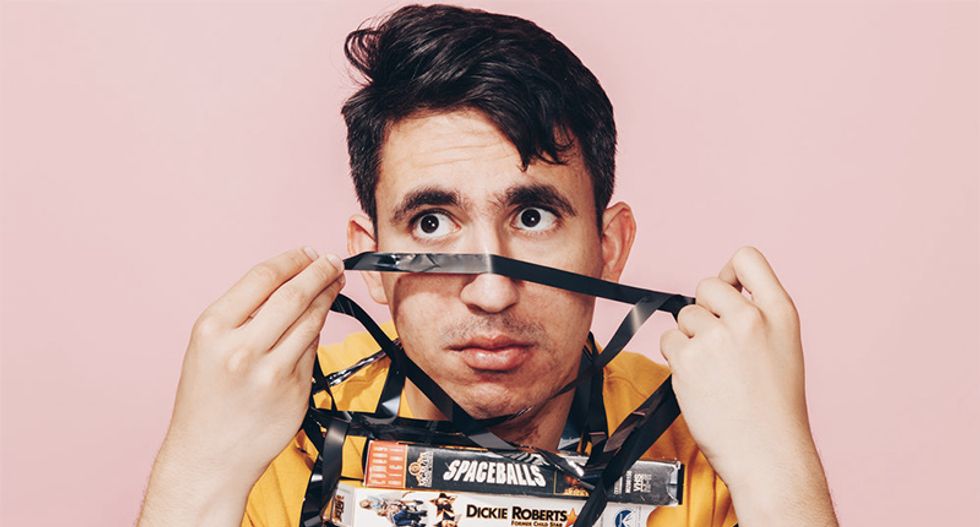 Libyan comedian Mohanad Elshieky revealed on Twitter that he was pulled aside by ICE agents attempting to "raid" a Greyhound bus on its way from Spokane, Washington to Portland, Oregon.

Elshieky was awarded asylum in the United States five years ago and has the paperwork to prove it. Like many immigrants, he carries his papers with him on the off chance something like this could happen.

"This morning, ICE agents got on my Greyhound bus that was headed from Spokane to Portland," he said on Twitter after the incident. "They walked around before they asked me and few others to step outside and took my documents and interrogated me for around 20 mins then claimed my papers were fake and that I’m 'illegal,' he tweeted.

Elshieky said that he told the agents about being granted asylum and when they asked for his papers he provided it. They then called the immigration offices and gave his name and documentation numbers. The office explained that they were real and Elishieky was legit.

ICE agents then got off the phone and outright lied, saying that immigration had never heard of him and his paperwork was fake.

The agents then said "I should [have] my Asylum [sic] approval on me which is ridiculous, why would I carry that where I have my IDs?" he tweeted.

"I kept it together and told them that what they are doing now is illegal and that they must hand me my documents back or I will have to call my lawyer and take legal action," he continued. "Another ICE agent then started yelling at me to take my hands out of my pockets and I did which is stupid because it was snowing and they were wearing gloves and my hands were freezing cold. They handed my documents back and said, 'next time, have your papers on you,' which means nothing because I did and they said they were fake."

Despite beating back the agents, Elshieky said he had never felt so terrible as he did today.

"It was another reminder that even though I have been here for 5 years working my ass off, I was still considered 'Other' and I have never felt as alone as I did in that station full of people," he said.