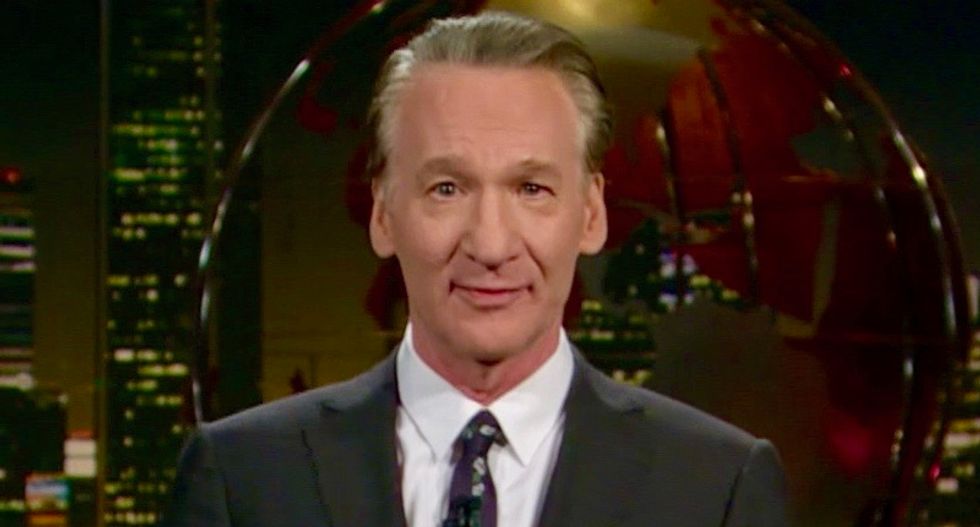 On Friday, President Donald Trump surrendered on his fight over funding for the border wall he promised voters that Mexico would pay for.

HBO's Bill Maher opened his show by crowing over Trump's defeat on the wall fight.

"The thing he said he'd never did," Maher said, impersonating the president.

Maher also mocked Trump for his inability to stand up to Speaker of the House Nancy Pelosi.

"That's how bad she is kicking this man's a**," Maher said. "His nickname for her is her name."

Maher also waded into the controversy over the Covington Catholic High School students who got into a viral standoff with a Native American elder at the Lincoln Memorial.

"I don't blame the kid, the smirk-face kid. I blame lead poisoning and bad parenting. And, oh yeah, I blame the f*cking kid," Maher said. "What a little pr*ck. Smirk-face!"

"I do not spend a lot of time around Catholic schoolchildren," Maher said. "But I do not get what Catholic priests see in these kids."