MAGA teenagers: How the Midwest was built on violence against Native Americans 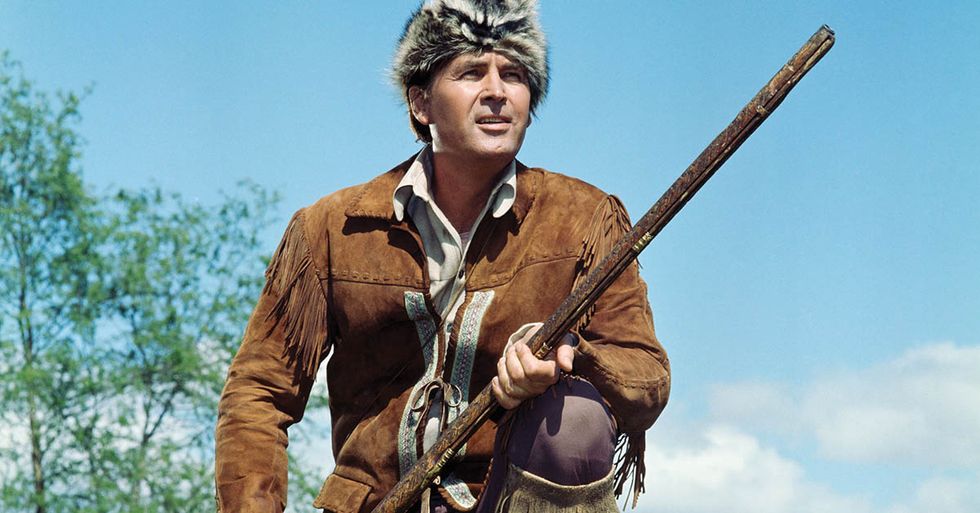 The recent viral video that appears to show a group of teenagers wearing MAGA (Make America Great Again) hats surrounding and mocking Nathan Phillips, a Native American elder and veteran, has caused widespread controversy. Some (including the students themselves) claim the teenagers have been unfairly demonised. Subsequent footage also provides additional and complex context – a third group of “Black Hebrew Israelites” was reportedly also involved. But both the event, and the media whirlwind around it, raise important questions about America’s historic baggage when it comes to issues of race.

Irrespective of whether they ultimately were to blame or not, the teenagers in question study at Covington Catholic High School in Kentucky, a state whose founding is rooted in anti-Native American violence and rhetoric. The first European American settlement founded in Kentucky was established in 1774. But it was the 1775 founding of Boonesborough by perennial hero of the frontier, Daniel Boone, which marked the start of the region’s full-blown colonisation by settlers.

An important hunting ground for many different Native American groups, such as the Shawnee, Cherokee and Lenape, Kentucky became a battleground as incumbent indigenous peoples fought to drive back the colonising forces which aimed to claim, carve up and transform the region.

Like many other parts of the Midwest, Kentucky was used as a land bank. Many of those who fought for the emerging US during the Revolutionary War (1775-83) were given land in the region in lieu of payment for their military service. All they needed to do was claim the land, improve it, and repress any attempt made by the region’s indigenous peoples to resist the colonising process.

A history of violence

But the region’s Native Americans not only suffered terrible casualties during the war, they also lost large swaths of land (including all of Kentucky). Eventually, under president Andrew Jackson, they were forcibly removed from the eastern United States in the early 19th century.

The violent land grab was a crucible of change and became increasingly personal in nature as families and ways of life were wiped out.

Native Americans were fighting to defend a large and important part of their territory – territory essential to their heritage and survival. That was not, however, how the region’s colonisers saw it. Many colonisers saw themselves as victims and were able to justify a wide range of atrocities as a result of this perspective.

When a Native American youth was found dead following a raid on the township of Bryan’s Station in Kentucky (1782), for instance, his body was laid out in the open, despite the protestations of the town’s white women. The livestock were then allowed to slowly consume the body in a ritualistic act of revenge. Indeed, as the livestock were later consumed by the community, it evolved into an act of symbolic cannibalism.

Despite the violence which helped to define the first two decades of Kentucky’s existence, there were many European Americans who rejected the hatred of their peers, or who reformed over the course of their lifetimes. Sympathy and empathy were certainly present and one should dwell as much upon the women of Bryan’s Station, who begged for the body of a young man to be respectfully buried, as upon the horrors which ultimately occurred.

The problem was that stories of righteous violence were canonised by a press which found the region to be rich in sensational, colonial stories. And so the early violence of the state’s founding became a narrative that survived into modern times. The atrocities came to an end, but their legacy is long lived.

Kentucky, like the country of which it is a part, was founded on a legacy of anti-Native American violence, but that legacy does not necessarily predict that the bigotry must last. I have spent much time in Kentucky and met many people with a deep interest in, and empathy for, the region’s indigenous peoples. The complicated process of reconciling itself with a problematic past is ongoing, however.

At different points in the state and the nation’s past, anti-Native American violence has been celebrated; vilified; accepted but ignored; obscured by less obvious forms of discrimination; or partially resurrected through larger political narratives. In a country where the current US president, Donald Trump, has awarded medals to Navajo veterans in front of a portrait of Andrew Jackson and where complex issues surrounding Native American identity have been reduced to an exercise in political point-scoring, an atmosphere has been created which supports, even encourages, an open escalation of anti-Native Americanism. We must all learn from this and try to move towards a more equal future.