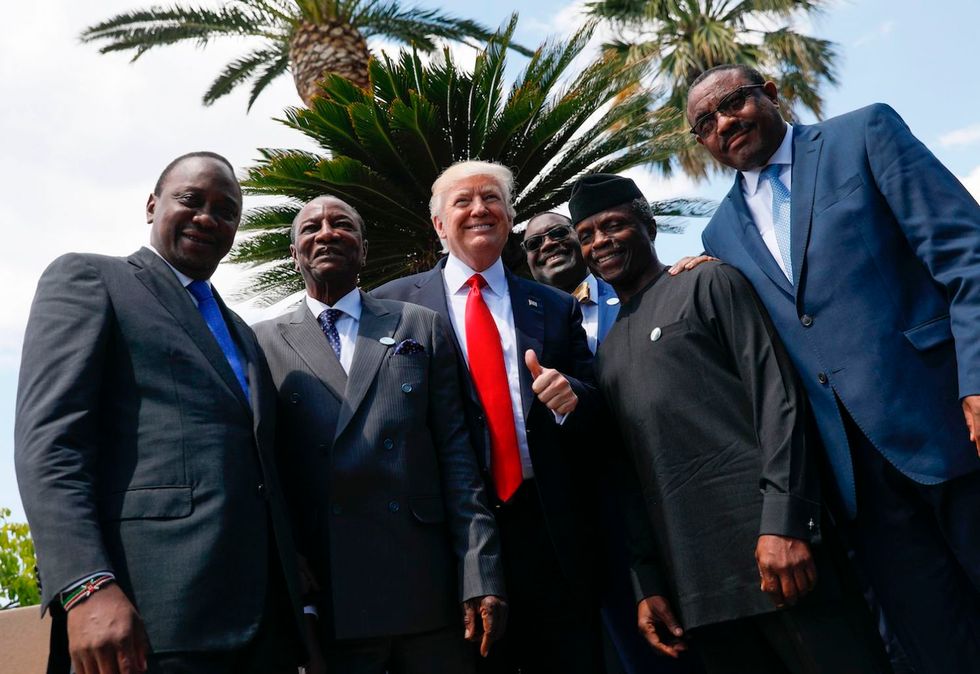 African leaders and U.S. President Donald Trump pose during the G-7 Summit on May 27, 2017 in Taormina, Sicily. (Jonathan Ernst/AFP)

The abrupt resignation of the World Bank's president may create an opening for the United States -- but not necessarily in President Donald Trump's favor.

CNN International reported Monday that Jim Yong Kim, the newly-resigned World Bank president, leaving the international organization three years ahead of his planned retirement may allow for the US to fill his spot due to the country's traditional role in picking its leader.

But because "Trump has repeatedly voiced disdain for multilateral institutions and questioned US foreign aid commitments," it's likely other countries -- including developing nations -- may push back against his authority, CNN noted.

Those same developing countries have become "increasingly opposed to US dominance over the global development bank," the report added.

CNN noted that the Trump administration has enjoyed a close relationship with World Bank, with Ivanka Trump working to create a women's initiative with the global lender and the president himself referring to Kim as a "friend" and a "great guy."

"I might have even appointed him," Trump said of the Korean-born and Iowa-raised leader at the 2017 G20 summit in Germany, "but I didn't."

When Kim was appointed by President Barack Obama, the report added, he faced major opposition from Nigeria -- the first time since the bank's founding that a candidate faced such a challenge.

Read the entire report via CNN.