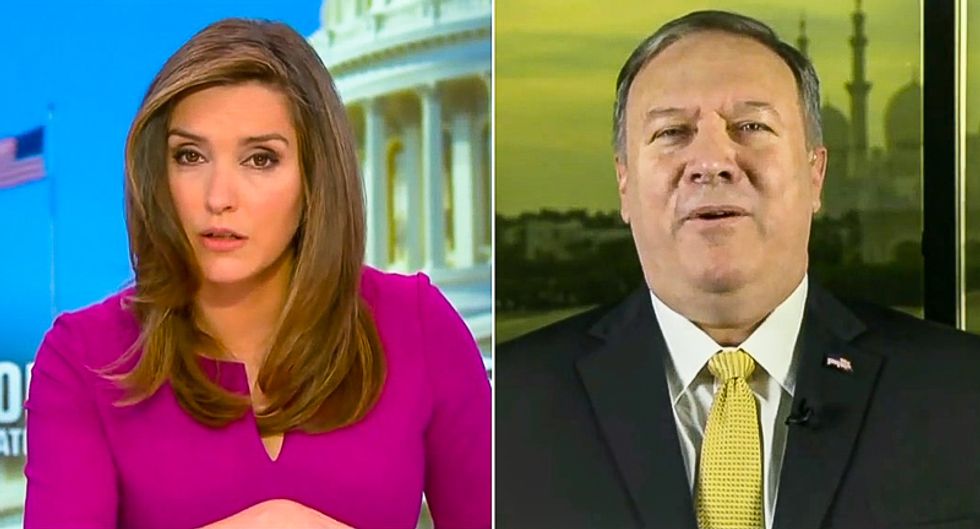 Secretary of State Mike Pompeo demurred on Sunday when asked if he knew President Donald Trump had been suspected of being a Russian agent.

In an interview that aired on Sunday, CBS host Margaret Brennan pointed to a New York Times report revealing that the FBI had investigated whether Donald Trump was a Russian agent after he became president.

"What is your reaction to this?" Brennan asked Pompeo.

"I'm not going to comment on New York Times stories," Pompeo replied dismissively. "But I'll certainly say this: The notion that President Trump is a threat to national security is absolutely ludicrous."

Brennan reminded Pompeo that he was CIA director at the time Trump was allegedly being investigated.

"Did you have any idea that this investigation was happening?" the CBS host pressed.

"Margaret, Margaret, Margaret," Pompeo chuckled. "I've answered this question repeatedly, indeed on your show. The idea that's contained in the New York Times story that President Trump was a threat to American national security is silly on its face and not worthy of a response."