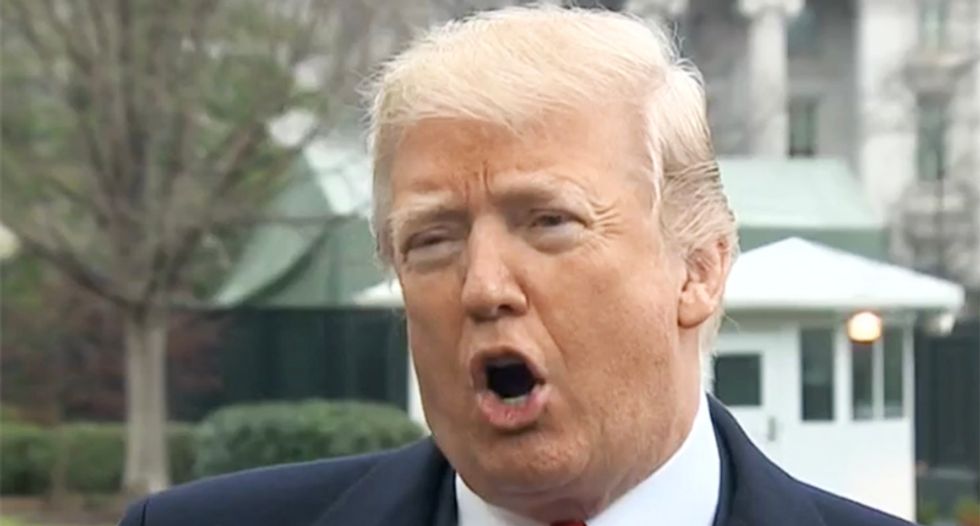 Former Trump "fixer" Michael Cohen announced on Wednesday that he is postponing his planned congressional testimony while citing threats made against his family by President Donald Trump.

In a statement first reported by the New York Times' Maggie Haberman, Cohen attorney Lanny Davis said that Cohen would postpone his testimony due to "ongoing threats" that Trump made against Cohen's family "as recently as this weekend."

Davis said that Cohen would be happy to testify before Congress at a later date but "this is a time when Mr. Cohen had to put his family and their safety first."

Late last week, Trump issued a threat against Cohen's father-in-law, whom the president has in the past insinuated could be prosecuted for assorted crimes.

Additionally, as Haberman notes, Trump told Fox News host Jeanine Pirro over the weekend that prosecutors and reporters ought to be looking into Cohen's family.

Cohen had been scheduled to testify about his past work with Trump on February 7th.