Monster snowstorm to blanket more than half of United States 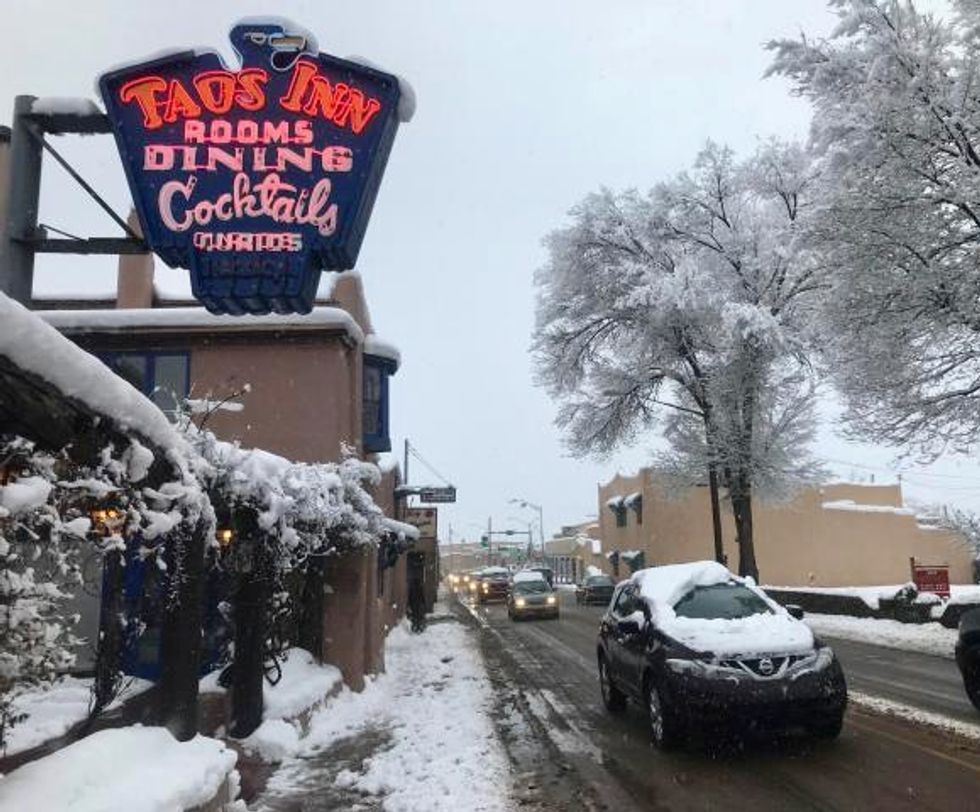 A massive winter storm hit the U.S. Rockies and Plains on Friday then punched east, with snow set to assault a 1,800-mile (1,609 km) corridor through the weekend, creating transportation “havoc” in the middle of the country.

The system started as rain from Mexico and turned to snow as it met icy air. Up to 18 inches (45 cm) of snow were expected in the Sangre de Cristo mountains south of Denver, according to the National Weather Service.

As the storm heads east, up to 16 inches (41 cm) of snow were likely in western Missouri and St. Louis. Areas to the east could get about 6 inches (15 cm) with ice developing in Kansas, and Arkansas, and up to 4 inches (10 cm) of snow in Washington, D.C., before the system heads out to sea late on Sunday, AccuWeather said.

“The storm is expected to create havoc over the central part of the country, then extend eastward into the Mid-Atlantic states,” said Randy Adkins, an AccuWeather meteorologist.

The FlightAware.com flight tracking website reported 1,431 flight cancellations on Friday and 12,465 delays, with problems at snow-hit airports like Denver causing knock-on effects around the country.

While the storm will spare the heavily populated Northeast, it likely will disrupt air and auto travel from Kansas City to Indianapolis, and will bring the heaviest snowfall so far this winter to Cincinnati and the Ohio River Valley, said AccuWeather meteorologist Paul Walker.

Although the Kansas City area is expected to get up to 6 inches of snow, it should be over by the time the Kansas City Chiefs begin their National Football League playoff game against the Indianapolis Colts on Saturday afternoon.

St. Louis emergency management officials are bracing for auto travel disruptions and possible power outages, but based on current forecasts, are not expecting to be overwhelmed, spokeswoman Tracy Panus said.

“This is not the first storm we’ve had in the St. Louis area,” Panus, who is with the St. Louis County Police Department of Emergency Management, said by telephone.

As the system moves eastward, it will hand off to a second coastal storm on Sunday that will bring 2 to 4 inches (5 to 10 cm) of snow to the Washington, D.C., area before it moves off the coast that night, Walker said.

“There could be a period of ice that we’re concerned about across portions of central North Carolina and back into the mountains,” he added.