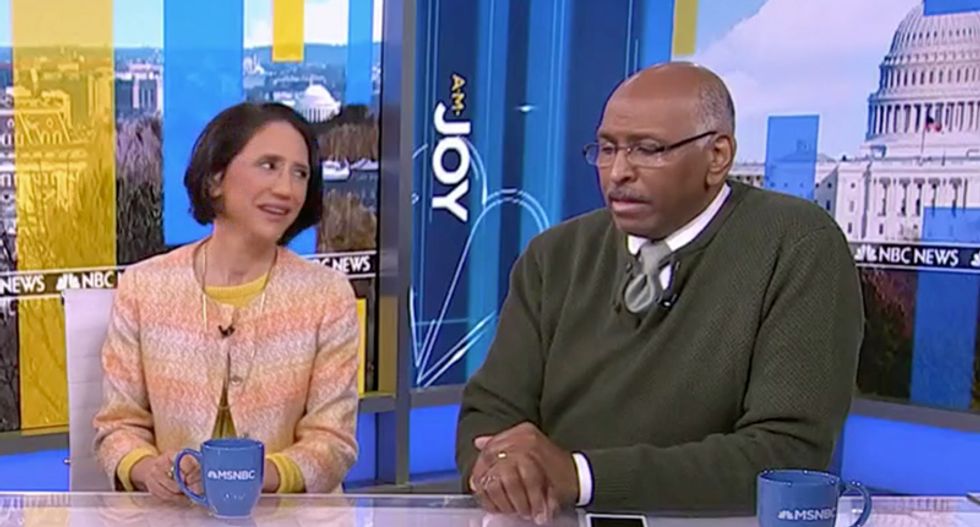 President Donald Trump was ridiculed and criticized by a conservative newspaper columnist and the former head of the Republican National Committee on MSNBC's "AM Joy" on Saturday.

Columnist Jennifer Rubin, of The Washington Post, and former RNC Chair Michael Steele joined host Joy Reid to discuss Trump's threat to declare a national emergency to get U.S. taxpayers to foot the bill for the wall Trump promised Mexico would fund.

Reid played a clip of Trump saying that, "eminent domain is something that has to be used."

"Do Republicans support the notion of eminent domain? Reid asked.

Both guests replied, "no" multiple times.

"Just the sheer ignorance. There is something called the Fifth Amendment that has an eminent domain procedure," Rubin explained. "You don't go to court, you pay people."

"And by the way, this magic national emergency that he's going to declare in order to then go seize people's property, imagine if Barack Obama said that," she continued. "This would be grounds for impeachment."

"Let's put aside the canard that there's a national emergency here," Steele suggested.

"People, put your pants on and calm down," he added.

"It violates every precept they said they once believed in, whether it's fiscal sanity, respect for private property -- all of these things are completely out of whack," Rubin concluded.