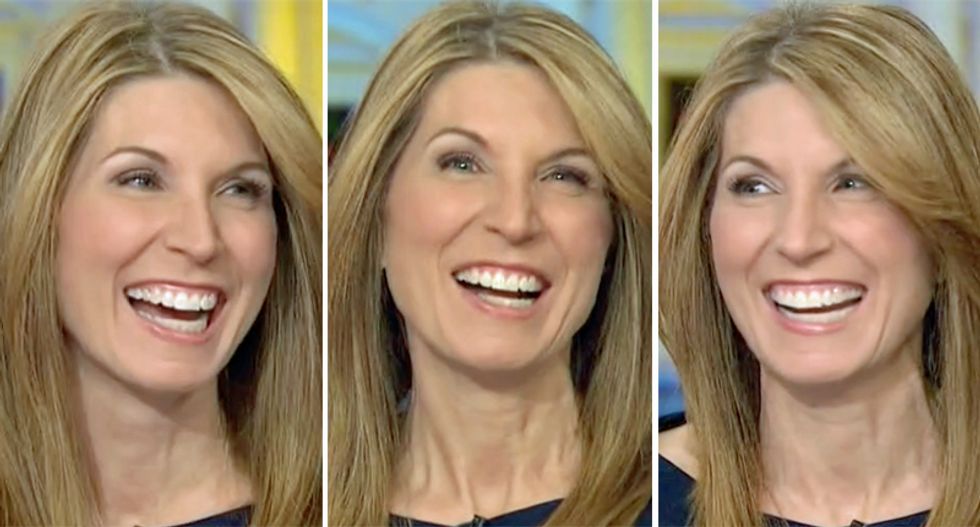 An MSNBC panel burst out in laughter Wednesday while discussing President Donald Trump's first Oval Office address making the case for his border wall -- and one pundit noted that the president seemed particularly "defeated" during it.

NBC national affairs analyst John Heilemann noted that after the address, he tweeted that Trump's was "the first ever presidential address by a collapsed souffle."

Host Nicolle Wallace added that the president seemed discouraged "before it ended," laughing all the while.

The foreign affairs analyst noted that Trump doesn't appear to be in his element when he's speaking off of a teleprompter -- and that it was "unprecedented" that the president was "trashing his staff" hours before.

The New York Times reported that at an off-record meeting with TV anchors before the address, Trump said he didn't think his planned trip to the US-Mexico border would "change a damn thing."

He reportedly then gestured to White House press secretary Sarah Huckabee Sanders, communications chief Bill Shine and adviser Kellyanne Conway and claimed: "these people behind you say it’s worth it."

"He was preempting the badness of the performance beforehand with broadcast anchors," Heilemann said.