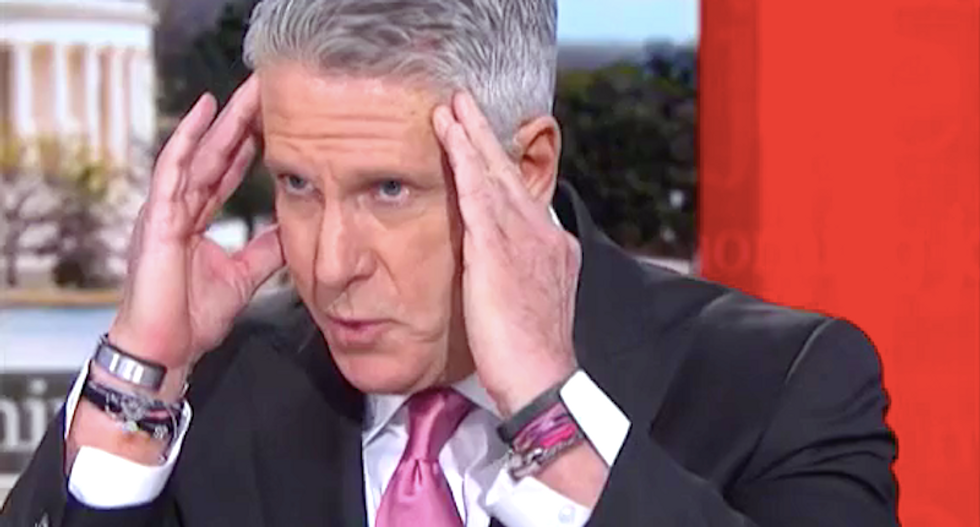 The "Morning Joe" contributor warned that House Speaker Nancy Pelosi and Senate Minority Leader Chuck Schumer were making a big gamble in their showdown over border wall funding, because the president could do real harm to democracy and still come away with a political win.

"I hope Chuck and Nancy today you're figuring it out because he's going to win this," he added. "This is absurd -- I don't know what to do. He's going to say, 'I opened the government, I took control, I put people back to work, I made us safer.'"

Deutsch said the president was uniquely positioned to win over federal workers hurt by the ongoing shutdown, and he imagined how Trump could do it.

"'I am President Trump, I hear you, I feel your pain, and that is why I'm declaring an emergency, and that's why I'm opening the government,'" Deutsch said. "'Thank you, and good night.'"

"That's why we're all chumps," he added.