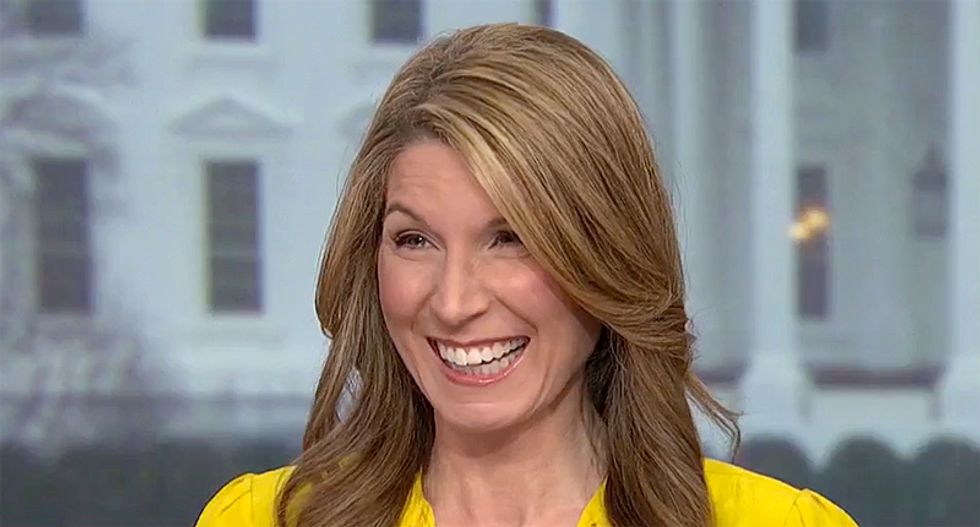 Nicolle Wallace is the host of 'Deadline: White House' on MSNBC (screengrab)

Wallace, prior to her journalism career, served as White House communications director during the George W. Bush administration. She described Trump's address as roadblock coverage -- "when the president's address appears on all five networks."

"The president's address to the nation failed to rally GOP support for his wall as the tally climbs to at least four Republican senators who have broken with Trump on the shutdown," Wallace reported. "Less than 24-hours after delivering his Oval Office address, the president has already changed his wall message, threatening to declare an emergency to fund that wall."

"The president today, increasingly desperate for a way out of the government shutdown, as polls show voters blame him," she noted.

Wallace reserved her harshest criticism for Trump's attempt to fabricate the appearance of a crisis where there is none.

"The big scam of last night -- other than the more than half a dozen lies that were repeated by the president of the United States on roadblock network coverage -- is the actual crisis is a fabrication," she noted.

"Border crossings are at a 45-year low," she reminded. "Again, a normal president would tout that as one of his political successes and run on it."

"But his whole frame around this entire debate, the entire shutdown -- the entire government is shut down over a scam," the host concluded.

"It's like the patient zero of fake news," Wallace added.