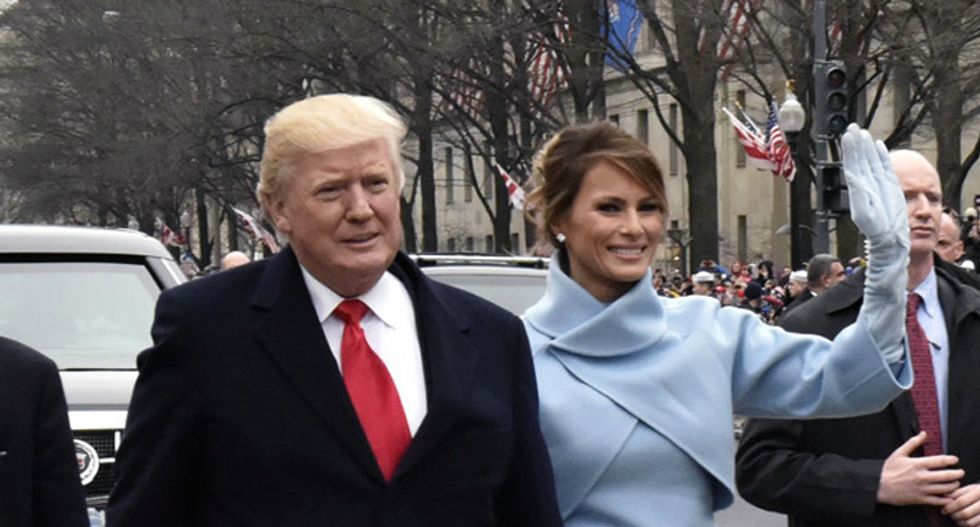 According to the Times, "at least a dozen Ukrainian political and business figures who made their way to Washington for the inauguration," including a number known for their pro-Russia stances.

"Evidence of the Ukrainians’ presence eventually prompted interest from the special counsel, Robert S. Mueller III, as he investigated Russian interference in the 2016 election, and has spawned a number of related inquiries by federal prosecutors. The investigations are playing out against growing indications that some of the Ukrainians who came to Washington for the inaugural, or their allies, were promoting grand bargains, or 'peace' plans, that aligned with Russia’s interests, including by lifting sanctions," the Times reports.

These Ukrainians were seeking to curry favor with the new administration and met with GOP leaders, the report says, all of which is of interest to federal prosecutors.

"Federal prosecutors have asked witnesses about how some of the Ukrainians gained access to inauguration events, whom they met with while they were in the United States, and what they discussed," the report says.

Among those questioned was pro-Putin Ukranian politician Andrii V. Artemenko, who has since been stripped of his citizenship.

“I have been interrogated twice by the F.B.I. and Mr. Mueller,” said Artemenko, saying the questions regarded "my purpose of this trip, how I can get there, and what I did, how I got invitations and tickets and stuff.”