'We must hold the line': Nancy Pelosi rallies Dems after stomping on Trump's State of the Union for a second time 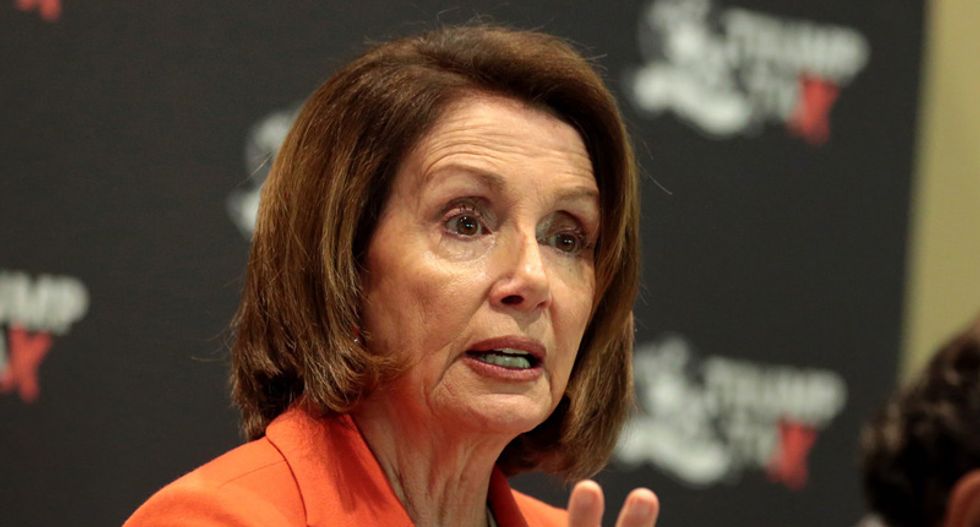 House Speaker Nancy Pelosi (D-CA) sounded defiant on Wednesday after President Donald Trump vowed to give his State of the Union Address on time despite the government shutdown.

In a letter to Pelosi on Wednesday, Trump indicated that he planned for the annual event to go on as scheduled depite Pelosi's objections that it not take place during the government shutdown.

Just minutes later, Pelosi spoke to the U.S. Conference of Mayors. While she did not comment on Trump's planned State of the Union address, the Speaker explained why she is concerned about the government shutdown.

"The senseless and prolonged shutdown is inflicting chaos across the country," she noted, according to CBS News. "I know as the daughter and sister of a mayor that there is no buffer between a mayor and constituents...you know the shutdown must end, and must end now."

But the Speaker suggested that she would not cave to Trump's demands in order to end the shutdown.

"There is serious and justified concern that the president will shut down the government any time he doesn't get his way," she added. "That is why we must hold the line."

Pelosi also made a plea to Republican mayors who were in the room.

"Take back your party. The Grand Old Party," she said.

Pelosi's office later told the White House in a letter that Trump would not be allowed to give his speech on time regardless of his pronouncements.

“There are serious concerns the president will shut down the government anytime he doesn’t get his way. That is why… https://t.co/Cg2EJPhLg3
— Emily Goodin (@Emily Goodin) 1548271545.0

At Conference of Mayor's Pelosi tells the Republicans in the crowd: "Take back your party. The Grand Old Party."
— Lauren Gambino (@Lauren Gambino) 1548271477.0

Senior House Democratic source says Pelosi will have a response to the President’s letter regarding State of the Union
— Chad Pergram (@Chad Pergram) 1548271102.0