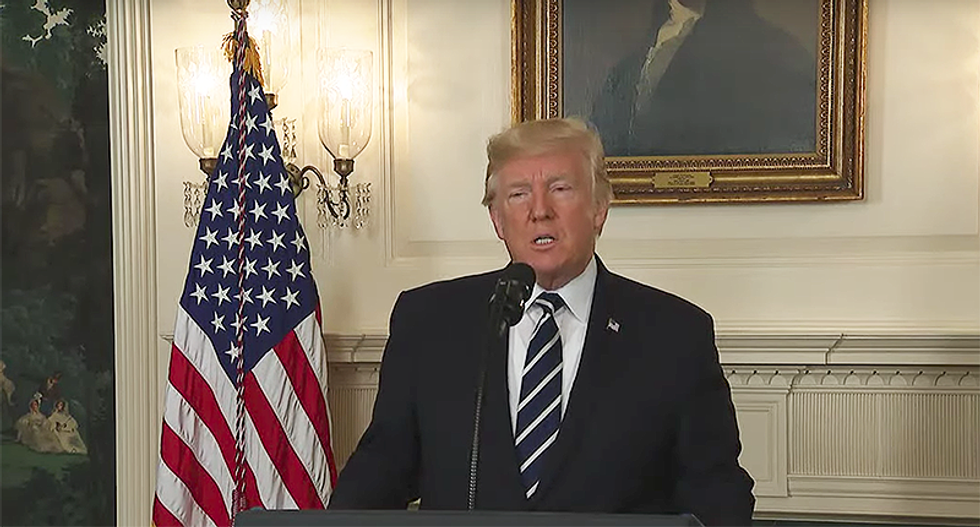 Television executives have to provide "real-time fact-checking" of President Donald Trump's primetime address for a border wall, a MSNBC panel explained on an MSNBC's "Meet the Press Daily" with guest host Katy Tur.

President Donald Trump announced on Monday that he would broadcast a primetime address on Tuesday, which has created a dilemma for TV executives who do not wish to misinform their viewers.

Trump's argument that there is a "crisis" on the southern border has been widely discredited, with even the Department of Homeland Security debunking his talking points -- one day before his speech.

I am pleased to inform you that I will Address the Nation on the Humanitarian and National Security crisis on our S… https://t.co/hm3hcItIR3
— Donald J. Trump (@Donald J. Trump) 1546886681.0

"They have to have real-time fact checking," demanded Heather McGhee, a distinguished senior fellow at Demos.

"I'm very nervous about the president being allowed to address the public in realtime," she explained. "He is really playing towards his base, he thinks that this is what got him into office. This is part of his ego."

"This is what we were sort of all scared of when we had a megalomanic walk into the White House," McGhee added.