Nancy Pelosi has ‘heads I win — tails I win’ guaranteed victory on State of the Union address: Top DC lawyer 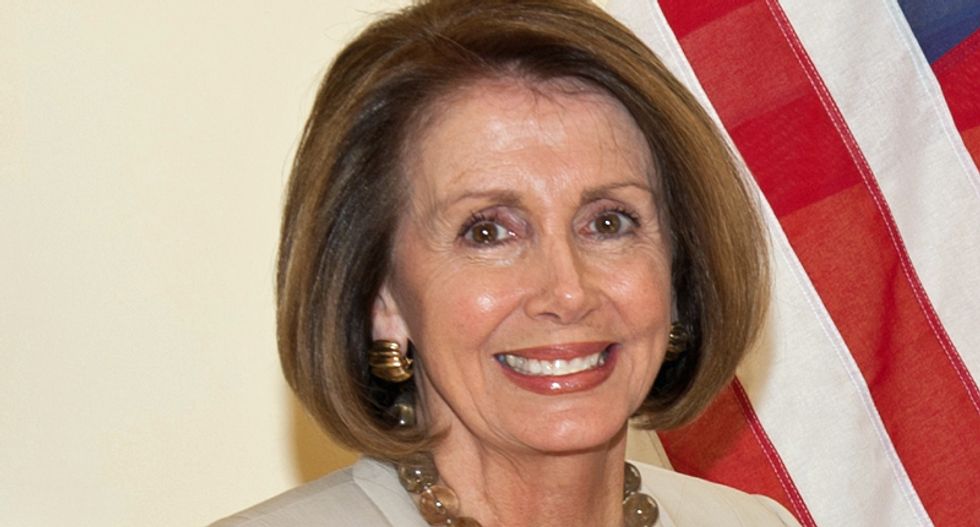 Speaker Nancy Pelosi has created a situation where she wins no matter what President Donald Trump does. The victory occurred after Democratic leader linked the president's government shutdown to the State of the Union address, a top Washington, DC lawyer explained on MSNBC's "Deadline: White House" on Wednesday.

"Offending presidential norms has become commonplace in the Trump presidency and now we have another to add to the list. Speaker Nancy Pelosi wrote a letter to the president citing security concerns due to the government shutdown and asked him to delay his State of the Union -- something that hasn't happened in more than 30 years," host Nicolle Wallace noted.

Attorney Ron Klain was the chief counsel for the Senate Judiciary Committee, an associate counsel in the Clinton White House and chief of staff to Vice Presidents Al Gore and Joe Biden.

"Look, really just cut to the bottom line and Nancy Pelosi ought to invite Ann Coulter and Rush Limbaugh to give the State of the Union because they're the people who are going to decide when the government opens again, as long as they tell Trump he's a wuss to open the government, that's where we're going to be," Klain suggested.

"I do think this is a smart move by Speaker Pelosi to deny Trump the platform he wants," he continued. "But worth noting, when President Trump gave that nationally televised address on immigration, it was the Democratic response that got higher ratings and more poll approval."

"So I think she's got a 'heads I win, tails I win' situation here where she denies Trump this platform," Klain argued. "I think whatever Trump does, her response will be just as effective, if not more effective, than whatever the president says."