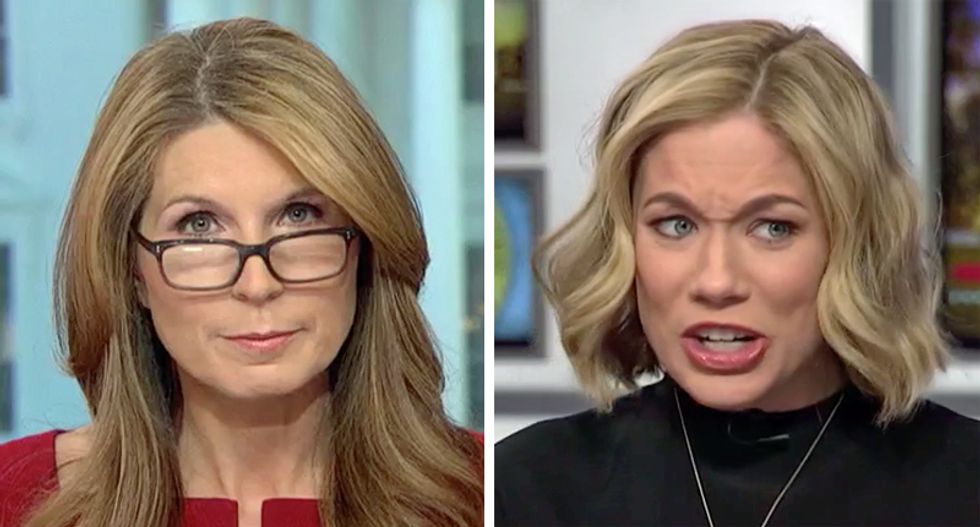 While she now refers to herself as a "non-practicing Republican," prior to her career in journalism, Wallace served as White House communications director during the George W. Bush administration.

"Elise, I have this feeling we're looking at everything on this sort of sliding scale," Wallace said to MSNBC political analyst Elise Jordan.

"We're grading everybody on a curve and he's so benefited by the fact that Matt Whitaker is thought of by most conservative legal scholars as a boob," Wallace reported. "So the DOJ is now led by a boob."

"So everyone looks at Barr and it's like the scene in "American President" when you're so hungry for leadership, you're going to crawl through the sand and when you realize it's a mirage, you're going to drink the sand," Wallace reminded.

"Is there drinking of sand going on with Barr?" Wallace asked.

"I do think that he's definitely being graded on a curve, just because look at some of Donald Trump's disastrous appointees and we're going from, you know, a toilet salesman -- all of the fraud that Whitaker is accused of -- to someone who seems like a steady establishment pick," Jordan said.