Nigerian politician banned from the US spent Thursday night at Trump’s DC hotel — after paying $1.1 million to GOP lobbying firm 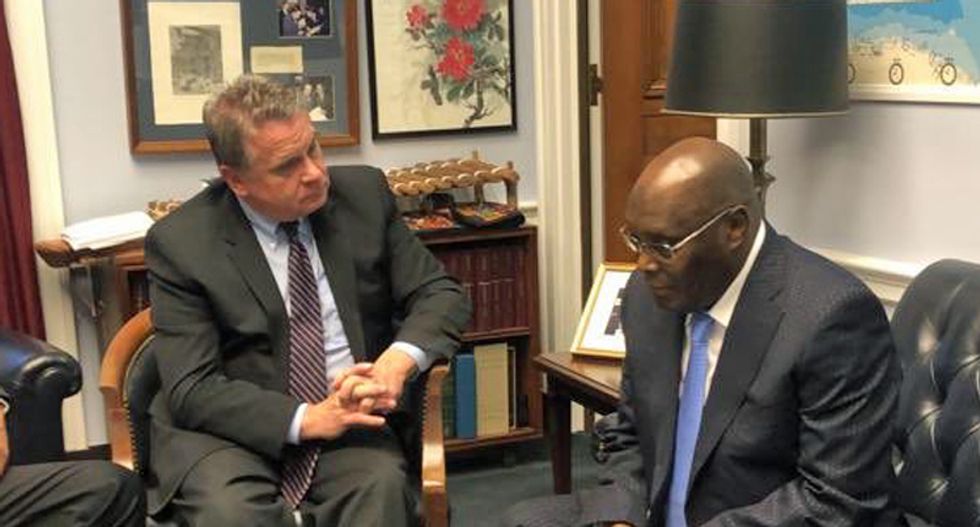 The former vice president of Nigeria was allowed entry into the United States after paying $1.1 million to a lobbying firm linked to the White House, Popular Info reported Monday.

President George W. Bush signed Presidential Proclamation 7750 in 2004 which banned entry into the United States for people "engaged in or benefitting from corruption."

Former Vice President Atiku Abubakar -- who is running for President in the February 16 election -- has not been able to visit the United States for twelve years.

A bipartisan Senate report said that from 2000 to 2008, Abubakar's wife helped him bring $40 million in "suspect funds" -- including at least $1.7 million in bribes -- into the United States.

But Abubakar is no longer banned from the United States.