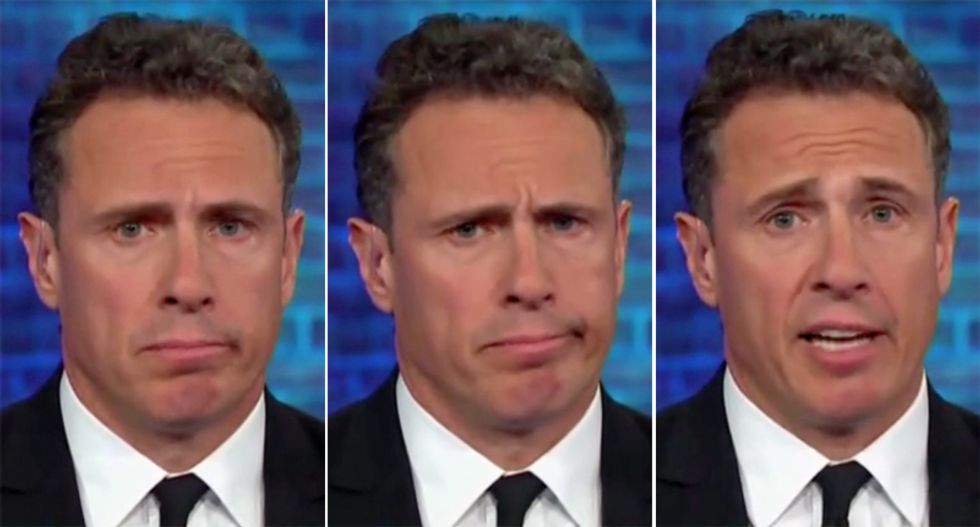 One of President Donald Trump's close friends floundered when fact-checked about the border wall -- so he attacked CNN instead.

Host Chris Cuomo reminded how Trump had been proud less than a month ago to own the mantle of his government shutdown, but has since attempted to blame Democrats for not paying for his border wall -- which Trump had promised Mexico would fund.

"I don’t get how this works for the president, help me understand," Cuomo said.

"That is not true," Cuomo noted.

Ruddy also attempted to claim Trump had been successful at solving criminal justice and veterans' issues.

"But, but, but, my point is that he’s finally confronting the fact that we have a border problem and he’s holding the feet to the fire," Ruddy argued.

"He’s holding on to this farce of a wall that was a campaign gimmick," Cuomo reminded.

"Look, we have a president that actually fulfills campaign promises," Ruddy claimed. "I mean I know that’s pretty shocking to people at CNN, but I think it’s admirable."

In reality, if Trump had fulfilled his signature campaign promise that Mexico would pay for his wall, Trump wouldn't have shut down the government in an attempt to get American taxpayers to pick up the bill.

As Cuomo continued to try and correct Ruddy's claims, the conservative guest continued to bash the network on which he was appearing.

"Look, I appreciate you giving — allowing the other side, because CNN doesn’t always do that," Ruddy argued.

"And the president has had an incredible record," he claimed.